233 REPUBLICANS VERSUS 193 DEMOCRATS - YOU LOSE 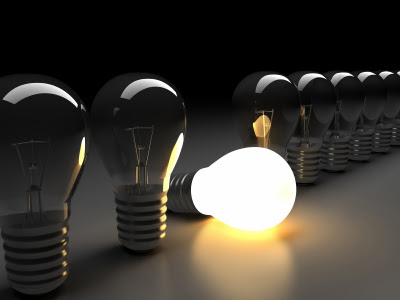 HOW MANY LAWMAKERS DOES IT TAKE TO CHANGE A LIGHT BULB


IN 5½ MONTHS, the sale of traditional 100-watt incandescent light bulbs will become illegal in the United States. Twelve months later, the same fate will befall most 75-watt incandescents, and one year after that, conventional 60- and 40-watt bulbs will be gone as well. Thomas Edison's world-changing invention is one of the most enduringly popular products ever created -- something so useful, so dependable, and so cheap that over the course of more than a century, consumers bought them by the billions. Yet thanks to a federal law that relatively few Americans knew anything about when it was passed by Congress and signed by George W. Bush in 2007, the familiar light bulb is about to be banned.

Americans certainly know about that law now. On paper, its purpose is to increase energy efficiency by requiring that bulbs produce more light per watt. But by setting the new standards higher than the common incandescent can reach, the law's real-world effect is to deprive most Americans of the freedom to buy the light bulbs they prefer. Instead, they will be forced to spend more money for fragile halogen bulbs or for the swirled compact fluorescent lamps (CFLs) that have been around for decades but that most consumers have never wanted buy. (Another option -- so far still legal -- is to stockpile several years' worth of ordinary incandescent bulbs before the federal embargo kicks in.)


The looming ban has stoked grassroots outrage, especially on the right. Presidential candidate Michele Bachman draws cheers and applause when she tells Republican audiences: "President Bachmann will allow you to buy any light bulb you want." Last week, a bill repealing the light bulb mandates was put to a vote in the House of Representatives; it won a majority (233-193), with nearly every Republican favoring repeal and nearly every Democrat opposed. Since two-thirds support was needed for passage, the 2007 law remains intact.


Washington oversteps its legitimate bounds all the time and usually gets away with it. But every now and then a federal encroachment is so egregious that the public rebels against it. Outlawing the light bulbs that illuminate 85 percent of American homes strikes me as such an encroachment -- one that even Democrats should be embarrassed to defend.


The use of efficiency mandates to snuff out the standard light bulb was an exercise of unadulterated crony capitalism. It came about after big bulb manufacturers, frustrated by their customers' refusal to switch from cheap throwaway incandescents to the far more profitable compact fluorescents touted by greens, decided to play hardball.


"So some years ago," The New York Times Magazine noted last month, "Philips [Electronics] formed a coalition with environmental groups including the Natural Resources Defense Council to push for higher standards. 'We felt that we needed to . . . show that the best-known lighting technology, the incandescent light bulb, is at the end of its lifetime,' says Harry Verhaar, the company's head of strategic sustainability initiatives."


Other corporations joined the plot, lobbying Congress to croak a product Americans overwhelmingly like and compel them to buy the more expensive substitute the industry was eager to sell them. The entire scheme, a lobbyist for the National Electrical Manufacturers Association testified candidly in 2007, was "at the industry's initiative." Unable to convince consumers to voluntarily abandon Edison's light bulb, Big Business got the government to force the issue. "Of such deals," remarks Bloomberg columnist Virginia Postrel, "are Tea Parties born." 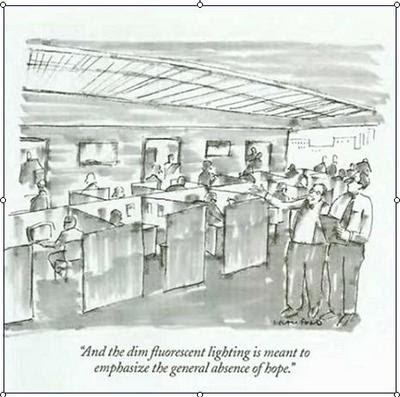 Defenders of the ban insist that moving to compact fluorescents will save money in the long run, conserve energy, and be better for the environment. But countless Americans have found the case against CFLs more persuasive: They are more expensive to buy, are slow to reach full brightness, don't work with dimmers, contain toxic mercury, and can't be used in many ordinary fixtures. And to many people, fluorescent light feels cold and sickly.


But even if the case for CFLs and against ordinary incandescent bulbs were unassailable, since when is it the government's job to make consumers' choices for them? Americans have no trouble adopting a superior technology once it's ready for prime time -- no law was needed to force people to switch from vinyl records to CDs, or from landlines to cell phones. Deciding what light bulbs to buy is probably a challenge they can also handle without congressional interference.


The light bulb ban may not be the biggest issue on the nation's agenda. But it's intrusive and obnoxious and it sets many teeth on edge. I'm betting this is one encroachment Washington doesn't get away with.

(Jeff Jacoby is a columnist for The Boston Globe. His website is www.JeffJacoby.com).
-- ## --
Posted by Leo Rugiens at 9:18 AM