GETTING RID OF FIREMEN IS NO WAY TO PREVENT FIRES 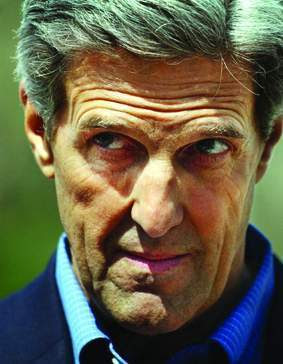 
THE FIRE HALL next to my in-laws' house in northern New York State has a siren that can be heard for miles. "Loud" doesn't begin to describe the sound it makes: a shrill, relentless, piercing wail that is impossible to ignore -- and that can be extremely upsetting for anyone who isn't used to it. There's good reason for that. None of the rural towns in the area has a professional fire department, so when a fire breaks out, the siren is needed to summon volunteers. The urgent blast of that siren (which sounds like this one) used to terrify my younger son, who would hide under a bed when it sounded, and angrily tell us afterward how much he hated it.


In the recent clamor over the federal debt ceiling and the Standard & Poor's downgrade of US Treasury bonds, the Tea Party has been that fire hall siren. Fiscal conservatives, mostly but by no means only Republican, have been sounding an alarm that can come across as strident and uncompromising. And a lot of liberals have been angrily telling us how much they hate it.


But hating the Tea Party for being so insistent and single-minded in its focus on cutting spending is like hating a fire hall siren for calling attention to a potentially devastating blaze. And blaming the S&P downgrade on Tea Party-backed House Republicans makes about as much sense as blaming a raging fire on the 911 dispatcher.


Worse than pointing fingers at the Tea Partiers, however, is when a government official demands that they be frozen out.


Speaking on MSNBC the day S&P lowered its credit rating on US debt from AAA to AA+, Massachusetts Senator John Kerry called on the media to blackball the Tea Party and its message.


"What we had was a group of people who are completely unaware, or didn't care about the consequences of their actions," Kerry claimed. It is typical of him to attribute opposition to Democrats' policies to ignorance or bad faith; shortly before the 2010 tsunami that handed the House GOP its greatest triumph in 60 years, Kerry seethed that voters were yielding to "know-nothingism" and rejecting "truth and science and facts." Now he wants the views he rejected then to be silenced, and the press to do the silencing.


"The media has got to begin to not give equal time or equal balance to an absolutely absurd notion just because somebody asserts it," Kerry said. "It doesn't deserve the same credit as a legitimate idea about what you do. And the problem is everything is put into this tit-for-tat equal battle and America is losing any sense of what's real."


Kerry -- who is one of Senate Majority Leader Harry Reid's appointees to the debt deal's "super committee" -- has been in the Senate since 1985. He is an entrenched member of the bipartisan Beltway establishment that has overseen the explosion of federal spending and debt that the Tea Party was born to resist. It is perfectly understandable that he would push back against the conservative insurgents' agenda, which he characterizes as "cutting, cutting, cutting."


But he ought to have the intellectual honesty to acknowledge that the Tea Partiers are not "absurd" to focus on budget cuts and entitlement reform -- not when federal outlays have more than doubled (from $1.8 trillion to $3.8 trillion) in a decade. Not when entitlement payments are eating up two-thirds of the US government budget. Not when Washington has to borrow 40 cents for every dollar it spends. And not when (as a result) the US debt burden has ballooned from 40.3 percent of GDP in 2008 to an alarming 72 percent this year -- and growing.


In explaining its downgrade, S&P did not call for the higher taxes that Kerry and many Democrats seek. Instead it said that the debt deal "fell well short" of the deficit reductions needed, that it provided only "modest savings" in discretionary spending, and that Congress was unwilling to curb Medicare and other entitlements, which is the "key to long-term fiscal sustainability." That sounds an awful lot like what the Tea Party has been saying -- except that the tea partiers were raising the alarm well before S&P got involved.


Kerry is under no obligation to like the Tea Party's style. He does have an obligation to contend responsibly with its arguments. A fiscal fire is burning, and reasonable people can differ on how best to quell it. But this much ought to be clear to anyone: Silencing the siren will accomplish nothing.

Entitlement payments now account for two-thirds of the federal budget.


(Jeff Jacoby is a columnist for The Boston Globe. His website is www.JeffJacoby.com).
-- ## --