WHEN IT COMES TO CIVIL DISCOURSE, THE CONTRAST BETWEEN DEMOCRATS AND REPUBLICANS COULD NOT BE GREATER 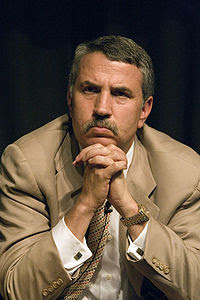 are like Hezbollah terrorists hell-bent on a suicide bombing.

DID VICE PRESIDENT JOE BIDEN slander Tea Party Republicans by saying they "acted like terrorists" in the protracted debate over raising the federal debt ceiling? To use such language would be contemptible, especially in the wake of Anders Breivik's twin massacres in Norway and just weeks before the 10th anniversary of the 9/11 atrocities. Biden claims he never said it, and out of respect for his office I'd like to say I believe him.

Politico reported Monday afternoon that at a closed-door meeting of the House Democratic caucus the vice president joined in the "hot rhetoric" against GOP conservatives, specifically agreeing with one Democrat who described them as a "group of terrorists [who] have made it impossible to spend any money." Biden's office initially refused to confirm or deny the comment, but after it became public, he went on TV to disavow it: "I did not use the 'terrorism' word," he told CBS.

What makes Biden's denial so implausible is that liberals and Democrats have been flinging the "terrorist" slur across the aisle for weeks. Do you remember President Obama's call, after the deadly shooting in Tucson last January, for "more civility in our public discourse?" Remember how he deplored the urge "to lay the blame for all that ails the world at the feet of those who happen to think differently than we do?" Many on the left have apparently forgotten, to judge by their zeal for linking the Tea Party's views on the debt ceiling to the extremism that leads fanatics to kill.

Listen, for example, to former Obama administration official Steven Rattner, speaking on MSNBC last week: "These Tea Party guys are, like, strapped with dynamite, standing in the middle of Times Square at rush hour and saying, 'Either you do it my way, or we're going to blow you up, ourselves up, and the whole country up with us.'"

Or to New York Times columnist Thomas Friedman, warning that "if sane Republicans do not stand up to this Hezbollah faction in their midst, the Tea Party will take the GOP on a suicide mission."

Or to Representative Steny Hoyer of Maryland, the House Minority Whip, talking about "Russian roulette" with loaded chambers, and how House Republicans "want to shoot every bullet they have at the president."

I am no prig when it comes to robust political commentary. I have always believed that the marketplace of ideas has room for rhetoric that is passionate, combative, or angry. And I respect the power of an apt metaphor to enliven a critique or sharpen an argument. But there is language that goes beyond the limits of decency. Smearing people as "terrorists" -- as the equivalent of hate-filled zealots who blow up embassies and gun down children and detonate bombs in crowded subways -- adds nothing but poison to a debate over fiscal policy. There is nothing clever or illuminating about such invective. It is illiberal and grotesque and it pollutes our public discourse.

Twenty years ago, Mike Godwin of the Electronic Frontier Foundation observed that in any online debate, it is only a matter of time before someone invokes Adolf Hitler or the Nazis to discredit an opponent's position. Sadly, "Godwin's Law" seems more entrenched than ever, and it isn't limited to the internet or to Nazi analogies.

In the course of the debt-ceiling showdown, White House Press Secretary Jay Carney told reporters that GOP resistance would force the government into "a Sophie's choice. Who do you save?" -- a Godwinian reference to the movie in which Meryl Streep plays a mother able to rescue only one of her children from death in a Nazi concentration camp. Republicans and Tea Party members also found themselves compared to pro-apartheid Afrikaaners, to the Ku Klux Klan, to arsonists. And, over and over again, to terrorists.

I know that American politics, to coin a phrase, ain't beanbag. Political passions have always run high, and I wouldn't want to live in a country where public issues and values weren't vigorously contested. But there is a difference -- a sharp difference -- between disputing a view you reject and demonizing someone who holds that view as a murderous enemy. Liberals who loathe the Tea Party have every right to challenge it. But when, in an apoplectic frenzy, they defame its members as "terrorists," they go way too far, and debase only themselves.