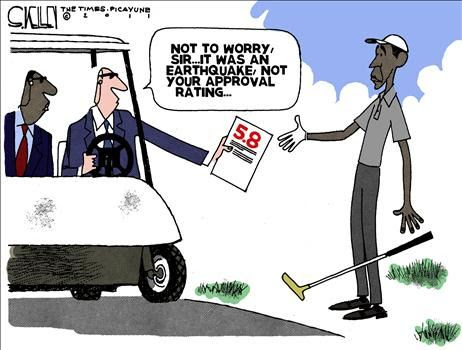 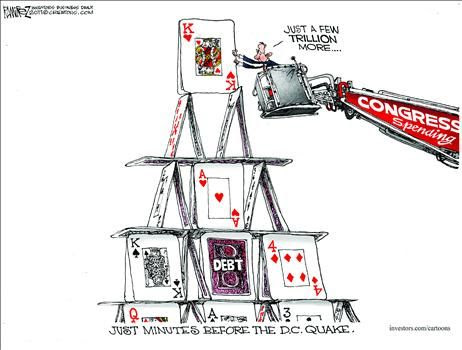 "BREAKING NEWS! President Obama has just confirmed that the DC earthquake occurred on a rare and obscure fault-line, apparently known as "Bush's Fault". Obama also announced that the Secret Service and Maxine Waters continue an investigation of the quake's suspicious ties to the Tea Party. Conservatives however have proven that it was caused by the founding fathers rolling over in their graves" Here is a picture of what our fearless leader was doing when the earth quake hit the east coast. WOW! Out on the golf course during an earth quake! The man is fearless!