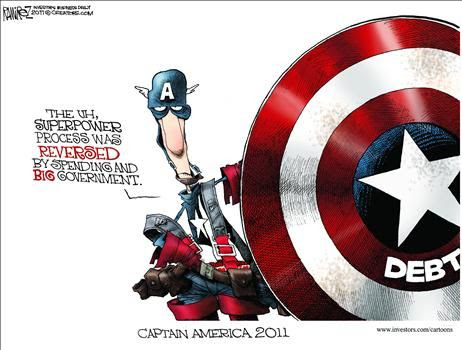 The Debt Deal In Perspective

Harry Reid is calling this a “historic amount“.

President Obama said it is a “historic deal”.

Let’s put this in perspective.

It helps if we put the numbers in terms to which we can more easily relate.

Let’s remove NINE zeroes from those numbers and
pretend this is a monthly household budget
for the fictitious Jones family.

Amount of money the Jones family spent this month: $3,820

Total income for the Jones family this month: $2,170

Amount of new debt added to the Jones family credit card this month: $1,650

So last week,
the Jones family sat down at the kitchen table
and agreed to cut $38 from their monthly budget.