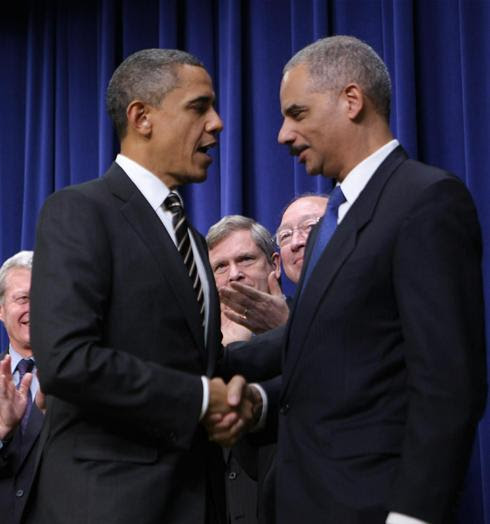 
The Republicans who can’t wait to talk impeachment should sit down, shut up, and be patient. President Obama may yet deserve impeachment, but we’re not there yet. Patience, as anyone old enough to remember Watergate knows, is how this game is played.

Republicans tempted to reach too far too soon should remember that when impeachable presidents, like persimmons, are picked green, they’re inedible. Once ripened, they’re delicious.

Like guilty presidents finally run to ground, ripe persimmons can be eaten fresh, dried, raw, or cooked. Properly ripened persimmons have the texture of pudding, with no risk of becoming “a pudding without a theme,” as Winston Churchill once complained of a dessert unfit for a prime minister. The flesh of a mature persimmon, like a mature presidential scandal, is very sweet on the tongues of a president’s enemies.


Green persimmons, bitter and acidic, only inflict the pain of an unexpected pucker. It’s important to pick neither persimmon nor scandal before its time.

Republicans, on the run only a month ago with no sure strategy for stopping President Obama’s runaway second term, with Atty. Gen. Eric Holder holding his horse, now have a surfeit of scandals, particularly satisfying since it’s served up by a reluctant mainstream media. If you’re weary of Benghazi, there’s the tasty pursuit of uppity journalists. You can sample a little of the latest Benghazi salad or sauteed journalist while anticipating the main course, deep-fried tax collector. Or you can shake up all three scandals and change the order on the menu for tomorrow. There’s a new delight coming out of the kitchen almost on the hour.

The mainstream media, so called, thought it had the Benghazi scandal safely bottled up until the other two broke. Benghazi seems to be misfeasance of office, lawful but awful, probably legal but something that earlier generations of Americans would have regarded as unforgivable – a commander in chief abandoning Americans in distress to the mercies of a brutal enemy. Abusing journalists and using the Internal Revenue Service to punish political enemies is more like malfeasance, unlawful and dreadful. If these are not high crimes they’re at least misdemeanors, and either is constitutional grounds for impeachment.

The White House is furiously peddling the excuses that Benghazi isn’t a scandal because it happened a long time ago, abusing journalists is outrageous, terrible, contemptible, abominable (pick your own approved adjective) and maybe the IRS was naughty but nobody in the Obama administration can be held responsible because the evil-doers were only rogues. Besides, it happened in Cincinnati, and two lowly IRS grunions have been sacked.

Thin gruel, indeed, and less persuasive with every news cycle. An official of the IRS in the Cincinnati office told The Washington Post over the weekend that the Cincinnati office is blameless because it was only doing what Washington headquarters asked for. “We’re not political,” the IRS official told The Post. “We people on the local level are doing what we are supposed to do. That’s why there are so many people here who are flustered. Everything comes from the top. We don’t have any authority to make those decisions without someone signing off on them. There has to be a directive.”


The Justice Department has been after reporters for a long time, through Republican as well as Democratic administrations. John Solomon, former deputy Washington bureau chief of the Associated Press and later executive editor of The Washington Times, tells in The Times’ Tuesday editions how his phone calls and email exchanges from both home and office were monitored for years by the Justice Department. And not just his telephone records. Once, when a source in the Philippines sent a package of material by FedEx, it was lost. Suspecting that it was not lost but “lost,” he tracked it to a FedEx clerk who told him, with a raised eyebrow in his voice, that “it fell off a horse cart in Manila and must have gotten lost.”


Like so much that the Obama administration has borrowed from its predecessors, the illegal pursuit of journalists continues. James Rosen, a correspondent for Fox News, is the latest example. The Justice Department tracked his telephone records, emails and even his movements to meet sources face to face. The government says it was pursuing “national security leaks,” but the more we learn, the greater the suspicion that the government is monitoring hostile politics.

This story is just beginning, and before we learn how far and wide the corruption goes, the president will be buying aspirin by the pound. Mr. Obama, like presidents before him, just thinks he has preserved credible deniability. Patience, as his critics will learn if they keep their voices down until it’s time to shout, can be its own reward.

Wesley Pruden is editor emeritus of The Washington Times.