WHATEVER YOU DO, DON'T SCOOP OBAMA OR HE WILL SIC THE JUSTICE DEPARTMENT ON YOU 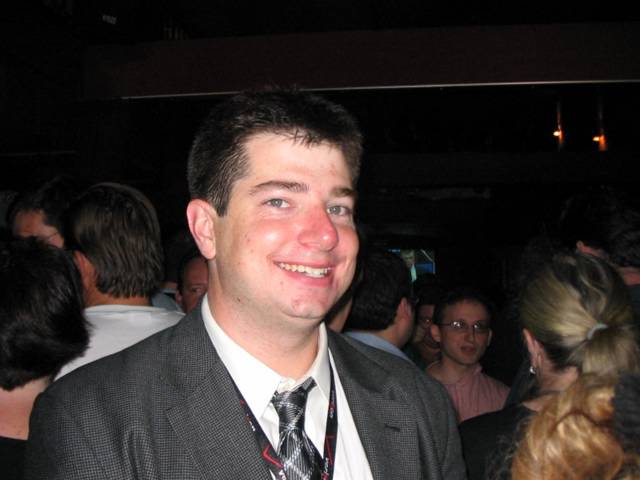 Mass Seizure of Reporters' Phone Records . . . Over a Grudge about Story-Release Timing?

The Washington Post reports that the administration's explanation for the AP phone-record snooping may not be accurate:

For five days, reporters at the Associated Press had been sitting on a big scoop about a foiled al-Qaeda plot at the request of CIA officials. Then, in a hastily scheduled Monday morning meeting, the journalists were asked by agency officials to hold off on publishing the story for just one more day.
The CIA officials, who had initially cited national security concerns in an attempt to delay publication, no longer had those worries, according to individuals familiar with the exchange. Instead, the Obama administration was planning to announce the successful counterterrorism operation that Tuesday.
AP balked and proceeded to publish that Monday afternoon. Its May 2012 report is now at the center of a controversial and broad seizure of phone records of AP reporters' home, office and cellphone lines. Attorney General Eric H. Holder Jr. said the unauthorized disclosure about an intelligence operation to stop al-Qaeda from detonating explosives aboard a U.S. airliner was among the most serious leaks he could remember, and justified secretly obtaining records from a handful of reporters and editors over a span of two months.
Now, some members of Congress and media advocates are questioning why the administration viewed the leak that led to the May 7 AP story as so grave.
The president's top counterterrorism adviser at the time, John O. Brennan, had appeared on "Good Morning America" the following day to trumpet the successful operation. He said that because of the work of U.S. intelligence, the plot did not pose an active threat to the American public.
Holder said this week that the unauthorized disclosure "put the American people at risk."

Bryan Preston: "Get that? The administration wanted to own the story, and wanted AP to hold off publishing until Obama et al could announce it themselves."
Doug Mataconis: "Even if this leak didn't compromise national security, the fact that there's someone in the government leaking information like this raises the possibility that they'd leak something damages in the future. At the same time, however, it seems fairly clear that the claim that this leak was among the most damaging in American history simply doesn't add up. If that's the case, then why would the CIA have told the AP that the national security concerns it had previously expressed were 'no longer an issue?'"
RB at the Right Sphere:

That sound you heard was the "national security" justification going POOF! The AP dutifully held back on reporting the story in order to protect national security and the Obama administration screwed them anyway. The AP reported the story only after it was made clear that the information wasn't sensitive anymore. The information was going to be used for PR purposes by the Obama administration and the AP essentially stole their thunder.

Stealing the Obama administration's thunder is now grounds for secret subpoenas on the press.
What's the Big Picture to Keep in Mind During This Scandal-Mania?
Quite the week, huh? A lot of wise voices are urging us to keep our eye on the ball in these day-to-day developments.
Listen to the National Review editors:

Democratic scandal does not take the place of a Republican agenda. It does not reform the tax code or reduce the debt or ease regulatory burdens on small business. It cannot substitute for a strategy to replace Obamacare. By all means, Republicans should run against the president and his party — against their refusal to take the entitlement crisis seriously, against the implementation of their "train wreck" health-care law, and even against the unusually politicized executive-branch culture that contributed to the post-Benghazi cover-up. They should at the same time understand that a purely negative message, however justified, will not produce the governing majority Republicans should be aiming for in the next two elections.
Even worse than relying on scandal would be advertising the fact. Republicans should not indulge in public speculation about the electoral repercussions of these scandals for 2014 (much less 2016!). Doing so plays into the Democrats' hands by making legitimate inquiries seem like opportunistic partisan exercises, and is thus likely to be a self-canceling prophecy.

I myself doubt very much that the president or any of his immediate circle had a hand in [the IRS scandal] — it is in the nature of the Left (and in the nature of political power itself) that no marching orders from the top are necessary. University presidents do not tell hiring committees to discriminate against conservative academics, they just do it. No president or Treasury secretary had to tell the IRS to do this.
In some ways, the received version of events is worse than would be a top-directed cabal of rogue IRS agents acting on orders from political superiors. A corrupt element within an agency can be rooted out, and a criminal conspiracy can be unraveled. When the agency is the criminal conspiracy, then the challenge of reform becomes that much greater.

And listen to Ben Domenech, also known as That Guy Who Writes That Other Newsletter That I Hear Is Pretty Good If You're Okay With Subscription Fees:

The point is that these scandals cut at the core conceit of Obama's ideology: the healthy and enduring confidence of big government to be good government. As technological capabilities advance and the scope of government expands, the types of domestic scandals we're seeing here are only going to increase in frequency and invasiveness, with personal information shared more frequently, easier for even low level bureaucrats to acquire and manipulate. At the same time, Americans are becoming increasingly skeptical and cynical about their public institutions, with their trust in the federal government at historic lows. They distrust the agencies and bureaucrats even as the politicians of our age are investing more and more power in them.
Today, the media, the Obama administration, and David Axelrod are undertaking the task that conservatives could not: illustrating with each passing day that the progressive approach to modern governance and policy is inherently flawed and that vast governments are ripe for abuse. What we are seeing from the IRS and the DOJ is not something new, nor does it represent a perverse approach to benign bureaucracy: it is the inevitable consequence of an approach which puts mechanisms in place and then assumes they will not be used for ill. You should expect government to go as far as it can, whenever it can, in any ways that it can, toward the full exploitation of the power made available to it. Expecting government to behave otherwise is to expect the scorpion not to sting the frog . . .
When this period of scandal draws to a close, if the idea still survives that a more competent and ethical president would be able to effectively govern a $4 trillion bureaucracy, it will be a sign Republicans have failed. They can succeed by ignoring the tempting bait of making this about the president they despise, and focusing instead on the false philosophy of expansive government which represents the true danger to the American experiment. Doing so will require them to go against their own short-term viewpoint, so prevalent in recent years, and look instead to the long game.