BARACK CHOSE KAGAN BECAUSE OF BARAK 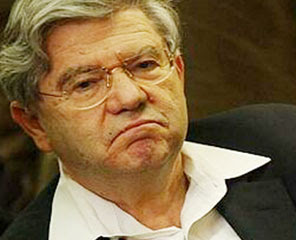 Bork was nominated by President Ronald Reagan for the Supreme Court in 1987, but violent opposition in the Senate to his strict interpretation of the U.S. Constitution and opposition to Roe v. Wade led to the demise of his confirmation hopes. In a conference call with reporters hosted by Americans United for Life, Bork said that Kagan’s vision of judicial power and its role can be seen in her adulation of former Israeli Chief Justice Aharon Barak, whom Kagan once called her “judicial hero.”

“It’s typical of young lawyers going into constitutional law that they have inflated dreams of what constitutional law can do, of what courts can do, and that usually wears off when times passes and they gain experience,” Bork told reporters. “But Miss Kagan has not yet had time to develop a mature philosophy of judging. I would say that her admiration for Barak, the Israeli Supreme Court Justice, is a prime example of that.”

“Barak may be the worst judge on the planet – one of the most activist judges,” continued Bork. The conservative jurist said that Barak used the court to create widespread and intrusive constitutional law in Israel “without having a constitution.”

“Mr. Barak is quite clear about whose values he is importing in the name of Democracy,” explained Bork. “He says that when fundamental values come in conflict with the views and values of the enlightened (and the enlightened turn out to be professors, journalists, and so forth – all of whom live in one area of Israel with the same postal code) he is quite dismissive of other views.”

Bork mentioned how Barak grabbed hold of the Basic Law of Human Dignity passed by the Israeli Knesset in 1992 “in middle of night, without quorum, and without any recognition of its constitutional nature” – meaning it should have had no legal force. But Barak treated it as a binding legal document, and inaugurated a constitutional revolution in Israel.

That case, said Bork, was illustrated by Barak’s Supreme Court’s takeover of the Israeli attorney general’s office – a move Bork said robbed the Knesset and the government of the right to appeal and advance arguments the court did not like.

“I think if people understood it, that an American supreme court nominee was going to follow the example of Barak, they would have grave misgivings and probably refusal to confirm.”

LifeSiteNews.com asked Bork if he thought the intense battles over judicial nominees were healthy for constitutional government, or if it showed that the United States was moving away from rule by law to rule by “a committee of experts.”

Charmaine Yoest, President of AUL, said that Americans need to know of Kagan’s “agenda-driven approach to legal interpretation,” which in terms of the life issues is “undemocratic, a threat to our system, and really out of step with the mainstream of the American public.”

Bill Sanders, AUL’s Senior Vice President of Legal Affairs, also noted in the call that Kagan’s legal opinion on abortion should be asked. Kagan herself criticized the nomination hearings of Steven Breyer and Ruth Bader Ginsberg because they were not asked enough questions, especially on abortion.

“We feel that it is completely fair play - it’s something she agreed to – that she should be questioned under oath, before the American people, on television on this issue,” said Sanders.

“One issue is that she opposes just the simple choice by Congress to favor child-bearing over abortion. She is very critical of a case called Russ v. Sullivan in which the Supreme Court upheld the right of Congress to do that,” explained Sanders.

Elena Kagan’s confirmation hearings in the Senate are scheduled for June 28.