TWO MIDGETS IN THE PRESENCE OF GIANTS 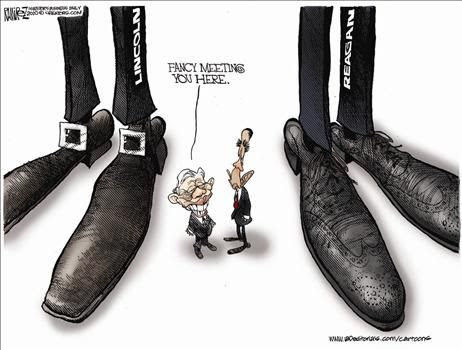