There's a Strange Prophet in the White House

His name is Barack Obama, and his messianic vision resembles that of Joachim of Fiore. At the Vatican, they've gone so far as to believe him. Here's the story of a hoax with a kernel of truth 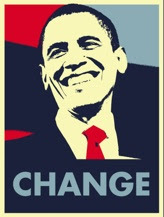 ROME, August 23, 2010 – The tempest unleashed in recent days by Barack H. Obama's statements on the plans of the Cordoba Institute in New York to build a mosque a few steps from the Twin Towers, knocked down on September 11, 2001 by Muslim terrorists, has brought back to the forefront the question of what is the overarching vision of the current president of the United States of America.

In the first instance, on August 13, to the hundred Muslim guests he had invited to the White House to celebrate the beginning of Ramadan, Obama said:

"As a citizen, and as president, I believe that Muslims have the same right to practice their religion as anyone else in this country. That includes the right to build a place of worship and a community center on private property in lower Manhattan, in accordance with local laws and ordinances. This is America, and our commitment to religious freedom must be unshakable."

But the following day, overwhelmed by the reactions, he felt the need to make an about-face, not in principle but on the specific case:

"I was not commenting and I will not comment on the wisdom of making a decision to put a mosque there. I was commenting very specifically on the right that people have that dates back to our founding. That's what our country's about. And I think its very important that as difficult as some of these issues are, that we stay focused on who we are as a people and what our values are all about."

Obama's critics have had a field day playing up this wavering in judgment. Which is only the latest in a long series, and also makes judgment about him uncertain.

Obama is an enigma for the Catholic Church as well. He has been the subject of enthusiastic judgments and inexorable condemnation, on which www.chiesa has occasionally reported. Among the high praise, a stir was made one year ago, at the Vatican, by that of Cardinal Georges Cottier. Among the anathemas, that of Monsignor Michel Schooyans and Archbishop Roland Minnerath. For the former, Obama is a new Constantine, head of a modern empire indulgent toward the Church. For the latter, he is a false messiah who must be unmasked.

The disparity in judgment also divides the American Catholic episcopate, the leadership of which is extremely critical about some of Obama's decisions in matters of life and the family, and the Vatican secretariat of state, which is more understanding, as is "L'Osservatore Romano."

Recently two books have been released in Italy that examine Obama's personality with special attention to his general view of the world, which is also the question that most interests the Church.

The first was written by a journalist for Vatican Radio, Alessandro Gisotti, with a thorough understanding of America.

The second was written by Martino Cervo, managing editor of the newspaper "Libero," and Mattia Ferraresi, a Washington correspondent for the newspaper "il Foglio."

Both of the books bring to light with extensive and carefully prepared documentation that, in effect, there is a great deal of contradiction in Obama's vision.

One glaring example of contradiction is when Obama cites the Protestant theologian Reinhold Neibuhr as his inspiration.

Niebuhr (1892-1971), a great admirer and interpreter of Saint Augustine, was one of the teachers of "realism" in international politics. He maintained, that is, the primacy of national interest and the balance of power, in a humanity profoundly marked by evil.

Niebuhr defined democracy as "a search for temporary solutions to unsolvable problems." And his famous prayer says, "God, grant me the serenity to accept the things I cannot change." The exact opposite, therefore, of the messianic rhetoric that pervades Obama's speeches, of his continual proclamation of the advent of a "new era," of a "new beginning," of an "age of peace," of a world redeemed because "Yes, we can."

In his book, Gisotti recalls that the Catholic George Weigel, the famous biographer of John Paul II, has highlighted how Obama's vision is "a perfect example of the kind of utopianism against which Niebuhr, with his profound sense of the fragility of history and of the self-destructive capacity of human beings, fought for three decades."

Instead of Niebuhr, Obama's speeches seem to espouse the utopia of a famous medieval monk and theologian: Joachim of Fiore, prophet of an "age of the Spirit" after the previous ages of the Father and the Son, a third and definitive age of peace, of justice, of humanity with no more divisions, not even among religions.

The intellectual kinship between Obama and Joachin of Fiore appears so strong that in 2008, the news came out in the media all over the world that the future president of the United States had referred to him three times in key speeches of his electoral campaign.

The news was so widely credited that on March 27, 2009, Franciscan Fr. Raniero Cantalamessa, the official preacher of the pontifical household, repeated it in one of his Lenten preachings to the pope and the Roman curia.

In reality, the news was a hoax. Obama never cited Joachim of Fiore in any of his speeches. In their book, Cervo and Ferraresi precisely reconstruct the genesis and the history of this journalistic hoax, into which the preacher of the Vatican also stumbled.

Because he recalled, in his homily, that Joachim of Fiore was a heretic, Fr. Cantalamessa was asked to comment by the online agency of the episcopal conference of the United States, "Catholic News Service." He responded:

"Someone has used my words to insinuate that I also consider Obama a heretic like Joachim, while I have profound esteem for the new president of the United States.

But when asked to say how he had found out about the three citations made by Obama, Fr. Cantalamessa said candidly:

"Typing 'Obama Joachim of Fiore' into Google produces all of the news on which I based my speech."

In spite of the nonexistent citations, then, the resemblance remains between Obama's rhetoric and the vision of Joachim of Fiore. The theologian and cardinal Henri De Lubac would have had no difficulty in adding Obama to the crowded ranks of the "Spiritual posterity of Joachim of Fiore," the title of an extensive study he published thirty years ago on the influence that the utopia of that monk has had up until our time, inside and outside of Catholicism.

But once again, the contradiction reappears when one compares Obama's speeches with his concrete decisions.

The troops in Afghanistan are still there, Guantanamo isn't closing, federal money is on the verge of funding abortion . . . Day after day, the president's actual decisions contrast with his statements. They always put off until an unspecified "tomorrow" the realization of the messianic utopia that his speeches continue to present.

The "new age" of Joachim of Fiore also failed to come about in 1260, the year indicated. But the dream survived. And Obama is promoting it again today in his role as the most powerful man in the world.

"The fact that Joachim's words have been put in Obama's mouth is a touch of irony that has every appearance of destiny. The millenarian, Joachimite, ultimately totalitarian impulse eliminates inexorable human finiteness to entrust the salvation of man to man, or at least to the one who shows himself capable of embodying the desire for change. It matters little whether he is a king, a philosopher, a half-saint, or the president of the United States."


The sermon on March 27, 2009, by preacher of the pontifical household Raniero Cantalamessa, with the reference to Obama and Joachim of Fiore:


Benedict XVI spoke on the reproduction of Joachim of Fiore's utopia in some progressive postconciliar tendencies at the general audience on Wednesday, March 10, 2010, dedicated to Saint Bonaventure:

> How to Pilot the Church in the Storm. A Lesson


On the intellectual relationship with Niebuhr claimed by the president of the United States:

And George Weigel's criticisms of the authenticity of this relationship:


The indictment of the "false messiah" Obama made to the Vatican by Monsignor Michel Schooyans and Archbishop Roland Minnerath on May 1, 2009, shortly after the publication in "L'Osservatore Romano" of an editorial lauding his first hundred days as president:

And the even more enthusiastic praise of Obama written by Cardinal Georges Cottier, theologian emeritus of the pontifical household, shortly before the visit to the Vatican by the president of the United States: