ONE MAN'S MOSQUE IS ANOTHER MAN'S MISTAKE 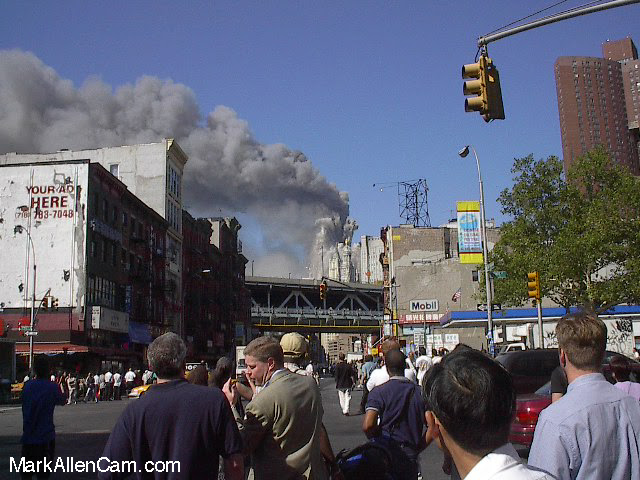 It would be hard to think how Obama could have done a worse job on the Ground Zero mosque controversy. He took a position objectionable to the vast majority of Americans, within 24 hours chickened out, and then sent his press minions forward to assure his base and the Muslim World and its American community (over which he fawns incessantly) that he really does think we must accept a mosque that will produce nothing but pain for his countrymen and a sense of vindication to those who incinerated 3,000 Americans. It’s bad policy, bad politics, and bad execution, with a side order of political cowardice.
On Fox News Sunday’s roundtable, Ceci Connolly explained the flip-flop-flip:
CONNOLLY: I do think that the president’s remarks on Friday night — we know from our reporting they were not off the cuff. Those were written in advance. They were prepared. They were disseminated. He gave thought to what he wanted to say.
And from all indications he believes what he said on Friday night that, yes, this is hallowed ground but that he has a strong feeling not only about religious freedom and tolerance but also about outreach to the Muslim community, which he has done from the very start of his presidency.
So I don’t think there’s reason to really doubt his believing what he said on Friday.
BAIER: Other than the statement on Saturday.
CONNOLLY: The statement on Saturday — I think what happened was he got a little bit spooked by the reaction, because immediately after he did that recalibration, as you put it, sort of off the cuff with that local reporter down in Florida, Deputy Press Secretary Bill Burton said, “Look, we’re not backing off of Friday night.” And I don’t think that they are.
That’s created angst for Democrats, as Nina Easton observed:
Well, you’ve got to feel the pain of some of these independent conservative Democrats like Martin Frost, who said, “Can’t this president be more like a politician than a law professor?” And we know that now that — as Ceci said, he wanted to weigh in on this. He wanted to weigh in on these broad religious principles.
And you know, we cite the 68 percent of people opposing this. Seventy percent of independent voters oppose this. So this is going to — it’s an issue that was local and, by the way, where in the bluest of states, New York, members of the congressional delegation is basically nowhere to be found. No one wants to weigh in on this.
But among independent voters they really, really oppose this. What this has done is nationalize a sensitive issue. The president — it’s interesting. This is the third time where he’s — in the interest of what he sees in his world of inclusion and fairness and open-mindedness, he’s actually been very polarizing and divisive.
We start with his lawsuit against the Arizona immigration law. His — the health care reform’s been very divisive. And now this. And I think it’s going to really hurt the Democratic brand in November. It’s nationalized this issue.
As Bill Kristol deadpanned: “It’s never a good moment … when Bill Burton, the White House deputy press secretary, at 6 o’clock Saturday night — I mean, I worked in a White House that had some problems in ‘91, ‘92, as the first Bush administration wound down, somewhat losing some popular support, let’s say. And when you put out a statement that says, ‘Just to be clear, the president is not backing off in any way,’ I mean, ‘just … to be clear’ is not a good thing to begin with if you’re the press secretary. And ‘the president is not backing off’ is not really what you want your news — your explanation to be on Saturday night.”
This reinforces several bad themes for Obama. From the right, his critics have argued that he’s less than competent, a charge that certainly was supported by a textbook “don’t ever do this” episode in presidential history. Conservatives have also asserted that Obama’s instincts are poor (both when it come in positioning the U.S. against adversaries and in his assessments of the voters’ deeply held beliefs). That too was underlined by Obama’s indifference to the mosque’s symbolism for jihadists and to Americans’ sensibilities. And then on the left, his formerly fervent base has grown exasperated with his equivocation and failure to wholeheartedly embrace their extreme wish list. Given episodes like this one, you have to admit that they too have a point.
But really, this is precisely what we should expect if we elect someone whose executive skills are negligible and whose views come straight out of the Ivy League left. Next time, maybe voters should pay more attention to the experience and values of the person they are electing to lead the Free World.

What’s in a Name?
Jennifer Rubin - 08.16.2010 - 10:58 AM
Michael Lame of the decidedly non-partisan Re-Think The Middle East provides some useful background on the history of Cordoba for which the Ground Zero mosque is to be named. He writes:
Many writers have waxed rhapsodic about a golden age of peace and prosperity in Muslim Spain. But is that really what it was like? “Nostalgia is the enemy of historical understanding,” warns historian Richard Fletcher, author of Moorish Spain. “The simple and verifiable historical truth is that Moorish Spain was more often a land of turmoil than it was a land of tranquility.”
The 800 years referred to by the Cordoba Initiative constitutes the entire era of Muslim rule in Spain, stretching from 711 to 1492. Yet Cordoba itself, the cultural and for long periods of time the political capital of al-Andalus, succumbed to Christian conquest (or reconquest) in 1236.
Imam Rauf’s book, What’s Right with Islam: a New Vision for Muslims and the West, narrows the pertinent time frame, explaining that the Cordoba Initiative is “named after the period between roughly 800 and 1200 CE, when the Cordoba Caliphate ruled much of today’s Spain.”
But Rauf’s nostalgia should concern us, and give pause to his defenders. As Lame notes:
The idea of an Andalusian golden age, when Christians and Jews lived contentedly under Muslim rule, has become a fixture of Western historical thinking over the last hundred years. But is it true?
Professor [Richard] Fletcher weighs in on the question: “Early medieval Spain was multicultural in the sense of being culturally diverse, a land within which different cultures coexisted; but not in the sense of experiencing cultural integration. Toleration for Christians and Jews as ‘Peoples of the Book’ is enjoined by the Koran. But in practice it was limited – Christians under Islamic rule were forbidden to build new churches, to ring church bells, to hold public processions – and sometimes it broke down altogether. In 1066 there was a pogrom in Granada in which its Jewish community was slaughtered. Thousands of Christians were deported to slavery in Morocco in 1126. Thoroughly dismissive attitudes to Christians and Jews may be found in the Arabic literature of al-Andalus. It is a myth of the modern liberal imagination that medieval Islamic Spain was, in any sense that we should recognize today, a tolerant society.”
Lame advises that we should be aware of what Rauf’s “tolerance” entails:
One should not forget that Cordovan tolerance was predicated on Islamic rule. Jews and Christians, once they accepted their status as dhimmi, protected albeit subservient peoples, could participate in the intellectual, artistic, and economic life of the broader community. But one fact was clear throughout medieval Spain, that a single faith was dominant – Islam in the south and Christianity in the north – and the other religious communities were allowed to remain at the pleasure, or rather the sufferance, of the dominant religious-political power.
Sufferance as the basis for a multi-religious society is not a model that will appeal to 21st century Christians, Muslims, or Jews. For that reason alone, Cordoba is a questionable symbol of inter-faith co-existence. A better model might be … New York City!
In fact, New York has so many mosques that the question of tolerance of Muslims in America is not in doubt, except in the minds of the mosque’s defenders, who equate the placement of the mosque with religious “freedom.” Now, Rauf can hardly be ignorant of the history of Cordoba, as many of his defenders seem to be. He has, in the selection of his mosque’s name and placement, chosen to carry a message to his fellow Muslims and the world at large. It’s not a message the any of us, especially the left, which is supposedly opposed to religious domination of societies (or is that only a rule for Christians?), should embrace.
Posted by Leo Rugiens at 10:49 AM