ON FINDING A BUG AT THE BOTTOM OF YOUR CUP 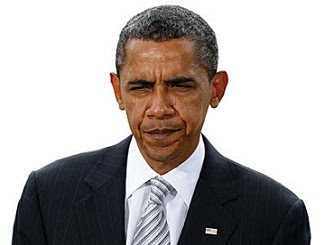 Welcome back to Massachusetts. Your press secretary said last week that that you were returning to Martha's Vineyard, where you vacationed last year, for "some hiking, some time at the beach, some time at the ice cream store -- all the sort of things you do when you're at Martha's Vineyard." Sounds idyllic. I hope you and your family are having fun.

Some of your media critics fault you for spending too much time at play. They note that you've shot more rounds of golf in your first year and a half as president than George W. Bush managed in eight years. Earlier this month, a somewhat snarky Washington Post story described the personal "fantasy camp" you arranged for your 49th birthday -- among other delights, it included a "weekend barbecue and basketball game with LeBron James, Alonzo Mourning, Magic Johnson, and other legends of the sport."

Well, you'll get no snark from me -- you've got a huge and demanding job, and you'd burn out if you didn't make a point of periodically kicking back to have a good time. I like seeing the president of the United States enjoying himself. To tell the truth, what I wonder about is not why you would go out of your way to have fun. It's why you generally seem to be having so little.

Let's face it, Mr. President, you're not exactly a standout in the joie de vivre department. P.G. Wodehouse says of one of his characters, "He had the look of one who had drunk the cup of life, and found a dead beetle at the bottom." With all due respect, that character sounds like you.

For a guy who spent several years and hundreds of millions of dollars single-mindedly running for the presidency, you don't appear to take much pleasure in the job. You've described being president as "mopping the floor" and "cleaning up the mess." You tell audiences how "confining" and "frustrating" it is, and how "nothing beats a day where I can make an escape, I break out." You complain about how difficult your challenges are. "I'll be honest with you," you lamented to Time magazine in an interview about the Middle East. "This is just really hard." At a California fundraiser in May, you moaned: "This has been the toughest year and a half since any year and a half since the 1930s." 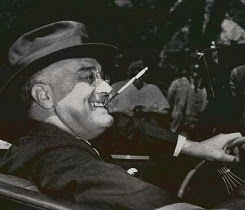 Hey, I know the presidency is no walk in the park. Americans understand that, just as they undersand that you've had a lot on your plate: a gasping economy, Afghanistan, the oil spill, North Korea -- not to mention an approval rating that keeps dropping. But Americans also know that every president faces tremendous trials. Look at Franklin Delano Roosevelt: Not only did he have the Great Depression, Adolf Hitler, and Pearl Harbor to deal with, he was paralyzed from the waist down and confined to a wheelchair. Yet he was legendary for his ebullient good humor. All the troubles in the world couldn't deprive FDR of what his biographer Doris Kearns Goodwin called his "remarkable capacity to transmit this cheerful strength to others."

Will anyone ever say that about you? 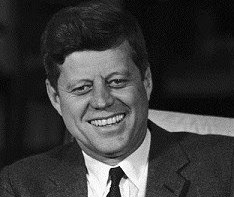 Peter Wehner, a former Bush aide and now a fellow at the Ethics and Public Policy Center, recalled recently Theodore Sorensen's description of John F. Kennedy: "He liked the job, he thrived on its pressures." Time and again, JFK quoted an ancient Greek definition of happiness: "It is full use of your powers along lines of excellence," as he told reporters at one of his last press conferences. "I find, therefore, the presidency provides some happiness." Despite everything life and the world's biggest job threw at him, wrote Sorensen in his biography of Kennedy, "the gaiety and laughter within him never subsided."

Americans like their presidents to relish the job they've been entrusted with. It's not an ideological thing. Politically, Ronald Reagan and Bill Clinton were controversial and even polarizing, but both inspired -- and continue to inspire -- a deep and durable public affection. Is it just a coincidence that both exuded an irrepressible optimism about life and a sunny enthusiasm for the nation that elected them?

By contrast, you come across too often as irritable and self-pitying. It's not attractive, and it's not winning you the admiration of the American people. Lighten up, Mr. President. You've got the job of a lifetime. Enjoy it.

[YES, MR. PRESIDENT, ENJOY THE JOB WHILE YOU CAN - THE VOTERS WILL THROW