SEX AND THE CAMPUS [PARENTS, CHOOSE YOUR KID'S KAMPUS KAREFULLY]

'This is kind of our protest to say that we're in charge of our sexuality,' says one campus sex columnist.

In the late 1990s something called a "sex column" began to appear in the nation's college newspapers. A blend of light-hearted advice and salacious tattling, these writings, according to Daniel Reimold, a professor of journalism at the University of Tampa, became the "most publicized and pervasive phenomenon in student journalism." The columns were "catalysts" of a "sexual rebellion" on campus, he says in "Sex and the University," an examination of a craze that is still very much with us. He interviews dozens of sex columnists and generally watches them at play. Jane Goodall performed a similar service with chimpanzees, except that her subjects seem to have had a more evolved sense of discretion.

Consider Natalie Krinsky, a sex columnist for the Yale Daily News, who—typical of the genre—wrote unsentimentally about her loss of virginity (a New York Knicks basketball game was playing on television in the background) and about the how-tos of self- pleasuring.

Like many of her sex- columnizing peers, Ms. Krinsky, a sophomore, became a campus "icon," Mr. Reimold reports. She was recognized in class, hit on by boys and besieged with Facebook friend-solicitations from adoring strangers. Amber Madison, the mind—or body?—at work in the "Between the Sheets" column for the Tufts Daily, says that fellow students regarded her as "awesome and the coolest girl they'd ever met." The Daily Kansan's Meghan Bainum parlayed her column into a Playboy photo shoot. Another lime-lit undergrad felt like a "rock star golden child of journalism."

Another subject of interest is "furverts"— "individuals who engage in sexual activity while dressed in animal costumes." Furversion may seem a tad outré even by the forward-thinking standards of the college campus, but sex columnist Janet Jay (Carnegie Mellon class of 2007) counsels: "It's like, 'Lighten up a little bit.' I mean, it's just sex." Mr. Reimold, like, agrees. He loves this stuff—all of it. For him, every vulgar word is an act of bravery; each flouting of propriety, a show of honesty. He claims that sex columns are about "pushing boundaries," "challenging the status quo," "cultural taboos [being] broached" and "open-mindedness." 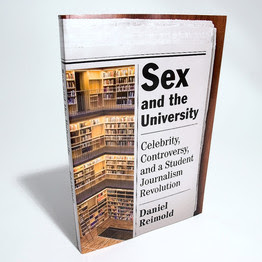 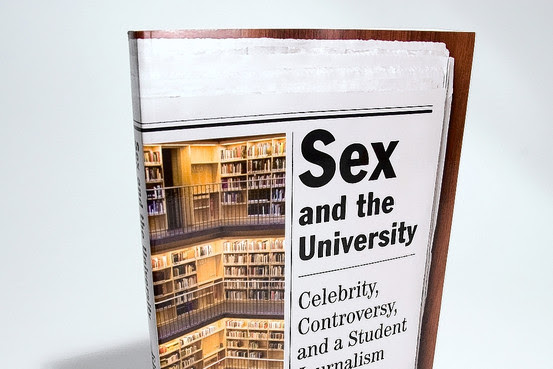 Sex and the University

Oh, please. I remember the real (and obvious) reason why students read such columns: adolescent prurience. The average item was just low-grade erotica. Some of it may have been "reporting," but much was imaginary. Even as Mr. Reimold praises the truth-telling of coed-columnists, he shows most of them admitting that they're creating a persona, fantasizing about sweaty episodes with faceless men while stuck in boring old relationships. "In truth," says columnist Brook Taylor, of the University of North Carolina at Greensboro, "most of us lead relatively normal sex lives."

A few seem to believe that they are speaking truth to power. "This is kind of our protest to say that we're in charge of our sexuality," says one typical revolutionary. The "kind of" nicely conveys the hesitancy that comes with proclaiming a rebellion when no one much cares to stop you in the first place.

Mr. Reimold approaches his lurid subject with careful academic solemnity. He describes porn with the dry attention usually applied to, say, cave painting: "Sexualized assertiveness and titillation also appeared in human form, through photographs and drawings of nude men and women engaged in sexual activity." Like many academics, Mr. Reimold also feels the need to leaven his scholarly labors now and then by taking stabs at wit—with the usual grisly results. At one point he calls "Sex and the City's" Carrie Bradshaw, a heroine-model to the campus columnists, "Bob Woodward with . . . a more alluring bustline." Elsewhere he tries alliteration: "sex scribes," "sexual Sherpa," "societal sex-ification." A compilation of on-campus sexual slang is a "student sexicon."

By the last chapter, Mr. Reimold's "study" has given way to a righteous defense of his naughty blue- stockings. Critics, mostly a few scattered university administrators and concerned (or heartbroken) parents who just don't "get it," are assailed for their "startling overreaction" and "stunning arrogance." Mr. Reimold thunders about censorship and slippery slopes, but the complaints he dislikes so much mostly seem like pleas for the students and universities to exercise better judgment. "Some matters are intensely private," wrote one Boston College professor. "They are not 'dirty' or 'taboo' but, rather, too important and intimate to be paraded before strangers."

Yet nothing undermines Mr. Reimold's theme so much as the book's peroration, in which he hails two columns that supposedly had salutary effects on their readers. One informed students about herpes testing; the other discussed rape prevention. Thus Mr. Reimold, in defending columns that promote youthful libertinism, singles out two that in fact encourage students to treat sex seriously and to behave like the adults they may soon become.

Mr. Tartakovsky is a contributing editor at the Claremont Review of Books and a student at Fordham Law School.