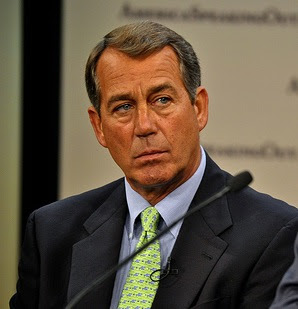 There oughta be a law? Don't be so sure

AMONG THE chattering classes these days, it is a popular lament that the 112th Congress has passed fewer bills than any in the last 60 years. But not everyone is joining in the breast-beating. When CBS newsman Bob Schieffer asked House Speaker John Boehner last week how he feels about presiding "over what is perhaps the least productive and certainly one of the least popular congresses in history," Boehner rejected the planted axiom that making laws makes lawmakers productive.
"We should not be judged on how many new laws we create," he said. "We ought to be judged on how many laws that we repeal."

To those of us who regard "Don't just do something, stand there!" as an excellent rule of thumb, above all for politicians, Boehner's response was refreshing. Complaints about "gridlock" and "dysfunction" are neverending, but getting things done in Washington was never supposed to be easy.


Nor is it what voters want: That's why they returned a Republican majority to the House of Representatives last November, while keeping the Senate and the White House in Democratic hands.
"We've got more laws than the administration could ever enforce," Boehner said on CBS. "We deal with what the American people want us to deal with. Unpopular? Yes. Why? We're in a divided government. We're fighting for what we believe in."

Needless to say, the notion that Congress ought to be doing less — and undoing more — immediately drew flak.

"Did Speaker Boehner really say that the Congress should be judged on the number of laws they repeal not the number they pass?" tweeted White House aide Dan Pfeiffer. The speaker's remarks were "just embarrassing," the pro-Obama activist group Organizing for Action said scornfully; members of Congress weren't elected "to sit there and wind back the clock." The Democratic Congressional Campaign Committee quickly moved to exploit Boehner's comments in online ads aimed at 19 Republican incumbents Democrats hope to unseat.

Joe Gandelman, editor of The Moderate Voice, a political website, could barely contain his contempt: "Welcome to the new age of spin where you take a rotted, fetid, smelly, almost poisonous lemon and try to sell it not just as lemonade, but the best lemonade ever made."

Actually, Congress gets even lower marks when judged by Boehner's preferred metric. So far this year Congress has passed 15 laws; it hasn't actually repealed any. While the House has voted more than 30 times to repeal all or part of the Affordable Care Act, there is no chance that the Senate will go along. "Stop taking meaningless repeal votes," President Obama needled Republicans in a speech on Wednesday. "Repealing ObamaCare and cutting spending is not an economic plan."

ObamaCare remains highly unpopular, more Americans than ever want it repealed, and only 13 percent think the law will personally help them, while three times as many expect it to hurt them. A key Senate Democrat warned months ago that the law's rollout would cause "a huge train wreck," and the White House this month put off for another year the enforcement of a key ObamaCare provision. As you contemplate this legislative dog's dinner, is it really so absurd to suggest that repealing laws may be a better test of congressional effectiveness than passing them in the first place?

"There oughta be a law!" is more likely to be an emotional reaction than a considered judgment, but we live in an age that has turned worship of government into an unofficial state religion, so resisting demands for more laws is treated as heresy. The belief that whenever there is a problem more government must be the cure flies in the face of experience – especially the experience of all the problems governmental cures made worse. It was "There oughta be a law!" that gave us the Fugitive Slave Law and Prohibition, uncommonly silly bans on contraception and out-of-control drug laws, tuition subsidies that make tuition more expensive and immigration "reforms" that caused an illegal immigration crisis.

On becoming president of the Massachusetts Senate in 1914, Calvin Coolidge offered his colleagues some timeless advice: "Don't hurry to legislate. Give administration a chance to catch up with legislation." Making laws, Coolidge knew, is no proof that lawmakers are productive. As he wrote to his father, a Vermont legislator: "It is much more important to kill bad bills than to pass good ones."
He was right. And so, on this score, is Boehner. Action isn't the same as accomplishment — least of all in Congress, which often does its best work when it does nothing at all.