THE STATE'S RESPONSIBILITY IS TO SEEK JUSTICE, NOT PREVENT RACE RIOTS 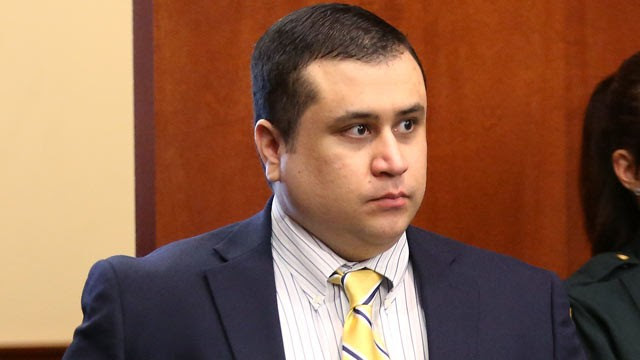 
The jury in the Trayvon Martin case on Saturday night acquitted George Zimmerman, but it should never have gotten that far. The Florida State Attorney’s Office should have dismissed their case before submitting it to the jury. That’s what the law required.


The prosecution failed to prove the defendant’s guilt by any standard of evidence. And based on the standard of probable cause, dismissing the case would have been the right thing to do.

Now, the debate begins about whether the Zimmerman case may go down as one of the most meritless and politically motivated prosecutions in history. And the fallout on the streets of America remains to be seen.


Ironically, during its own presentation, the State actually made a case for the defense.


A key witness called by the State who saw the confrontation between Zimmerman and Martin surprised prosecutors when he implied that Martin was actually the attacker.


One police interrogator who was expected to implicate Zimmerman instead testified that the defendant did not appear to demonstrate ill will, hatred or spite toward the alleged victim. Ill will, hatred and spite are the elements required under Florida law to secure a second-degree murder conviction. Once prosecutors realized they couldn’t prove any of those elements, they asked the judge if they could add the lesser manslaughter charge.


Jurors decided the evidence fit neither charge and declared Zimmerman not guilty.


One key police detective testified that he found Zimmerman’s account of how the confrontation ensued credible.

Surprisingly, the prosecution’s case actually sounded a lot like a defense case.

Under Florida Bar Rule 3.8, prosecutors in a criminal case are required to “refrain from prosecuting a charge that the prosecutor knows is not supported by probable cause… or make timely disclosure to the defense of all evidence or information known to the prosecutor that tends to negate the guilt of the accused or mitigates the offense…”


When considering whether or not the State is in compliance with that critical rule, recall the following:


They reportedly withheld photographs of Zimmerman’s injuries when originally submitting an affidavit under oath. Florida’s special prosecutor Angela Corey made it clear that she believed it was her job was “to do justice for Trayvon Martin.”


A prosecutor’s job is to do justice for everyone—and that includes protecting the defendant’s constitutional rights and ensuring he is not wrongly prosecuted without probable cause.


Daily Beast columnist Mansfield Frazier last April offered a different theory about what Florida officials were really thinking when they filed charges. “America can only dodge so many bullets, and a not-guilty verdict could easily turn the racial cold war into a very hot one,” he wrote.


Harvard law professor Alan Dershowitz blasted both Corey and Frazier in a response he penned for the New York Daily News:


As many see it, her (Corey’s) additional job is to prevent riots of the sort that followed the acquittal of the policemen who beat Rodney King… Mansfield Frazier has suggested that it is the responsibility of the legal system to ‘avert a large scale racial calamity.’ He has urged Zimmerman’s defense lawyer to become a savior by brokering a deal to plead his client guilty to a crime that ‘has him back on the streets within this decade.’ But it is not the role of a defense lawyer to save the world or the country. His job—his only job—is to get the best result of his client, by all legal and ethical means.
Dershowitz concluded his piece by saying that “Zimmerman’s lawyer is doing his job. It’s about time the prosecutor start doing hers.”

The State declined to take Dershowitz’ advice and instead filed murder charges without any substantive evidence. Their case proved only one thing beyond a reasonable doubt—that from the very beginning the state did not have a case for murder.

The loss of Trayvon Martin’s young life is indeed a tragedy. But the State of Florida should have dismissed their charges against Zimmerman before they submitted their case to a jury because prosecution should be based on evidence—not appeasement of racial tension.
Jeffrey Scott Shapiro is a investigative journalist and former Washington, D.C. prosecutor.