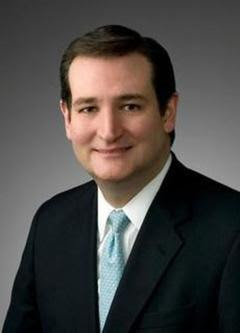 
“NATURAL BORN CITIZEN” DEFINED BY THE SUPREME COURT OF THE UNITED STATES IN MINOR v HAPPERSETT, 1875


[From Wikipedia]
The opinion (written by Chief Justice Morrison Waite) first asked whether Minor was a citizen of the United States, and answered that she was, citing both the Fourteenth Amendment and earlier common law. Exploring the common-law origins of citizenship, the court observed that "new citizens may be born or they may be created by naturalization" and that the Constitution "does not, in words, say who shall be natural-born citizens." Under the common law, according to the court, "it was never doubted that all children born in a country of parents who were its citizens became themselves, upon their birth, citizens also. These were natives, or natural-born citizens, as distinguished from aliens or foreigners."[12] The court observed that some authorities "include as citizens children born within the jurisdiction without reference to the citizenship of their parents"—but since Minor was born in the United States and her parents were U.S. citizens, she was unquestionably a citizen herself, even under the narrowest possible definition, and the court thus noted that the subject did not need to be explored in any greater depth.[13]

Note #13 ^ Minor v. Happersett, 88 U.S. at 168. "For the purposes of this case it is not necessary to solve these doubts. It is sufficient for everything we have now to consider that all children born of citizen parents within the jurisdiction are themselves citizens."

Emer de Vattel (25 April 1714 – 28 December 1767) was a Swiss philosopher, diplomat, and legal expert whose theories laid the foundation of modern international law and political philosophy. He was born in Couvet in Neuchatel, Switzerland in 1714 and died in 1767 of edema. He was largely influenced in his philosophy by Gottfried Leibniz and Christian Wolff and strove to integrate their ideas into the legal and political system. He is most famous for his 1758 work Droit des gens; ou, Principes de la loi naturelle appliqués à la conduite et aux affaires des nations et des souverains (in English, The Law of Nations or the Principles of Natural Law Applied to the Conduct and to the Affairs of Nations and of Sovereigns). This work was his claim to fame and won him enough prestige to be appointed as a councilor to the court of King Augustus III of Saxony.
The Law of Nations


Vattel's masterpiece was largely influenced by a book titled Jus Gentium Methodo Scientifica Pertractum (The Law of Nations According to the Scientific Method) by Christian Wolff. Vattel's work began, in fact, by translating Wolff's text from Latin, and adding his own thoughts. Vattel's work was also heavily influenced by Gottfried Leibniz and Hugo Grotius. Focused largely on the rights and obligations of citizens and states, Vattel's work also had ramifications for Just War Theory as it outlined international diplomacy as we now know it.[1]

“One cannot complain when he is treated as he treats others.”

Vattel’s Law of Nations was translated into English in 1760, based on the French original of 1758. A Dublin translation of 1787 does not include notes from the original nor posthumous notes added to the 1773 French edition. Several other English editions were based on the edition of 1760. However, an English edition from 1793 includes Vattel’s later thoughts, as did the London 1797 edition. The 1797 edition has a detailed table of contents and margin titles for subsections.[2]

Swiss editor Charles W.F. Dumas sent Benjamin Franklin three original French copies of de Vattel's Le droit des gens (The Law of Nations). Franklin presented one copy to the Library Company of Philadelphia. On December 9, 1775, Franklin thanked Dumas: [3]
It came to us in good season, when the circumstances of a rising State make it necessary to frequently consult the Law of Nations.
Franklin also said that this book by Vattel, "has been continually in the hands of the members of our Congress now sitting".[4]

Two notable copies of The Law of Nations owned by the New York Society Library have been associated with US President George Washington. One copy had been borrowed by Washington on 8 October 1789, along with a copy of Vol. 12 of the Commons Debates, containing transcripts from Great Britain's House of Commons. When the staff of the Washington museum at Mount Vernon heard about the overdue books, they were unable to locate them, but purchased a second copy of the de Vattel work for US$12,000. This identical copy was ceremoniously "returned" 221 years late on 20 May 2010. The library waived the unpaid late-fees.[5]
Posted by Leo Rugiens at 8:48 PM