REGARDLESS OF BARACK HUSSEIN OBAMA'S GOOD INTENTIONS, KNOWING THAT SOCIALISM ALWAYS BRINGS A SOCIETY TO A BAD ENDING OUGHT TO CONCERN AMERICANS 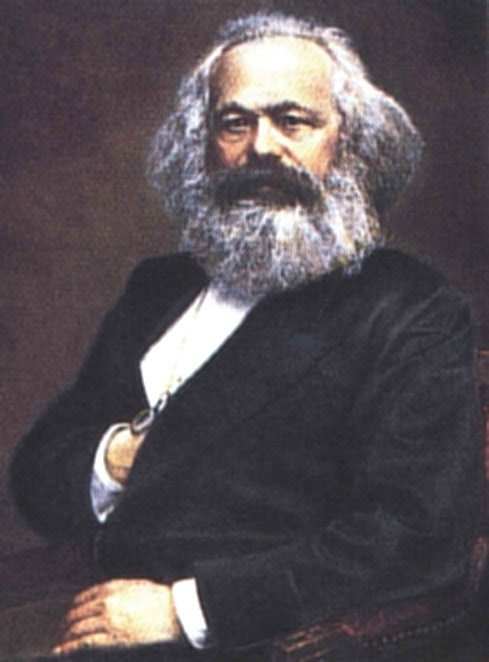 Conservatives' excitement at finally having found the real socialist hiding inside that empty suit [Barack Hussein Obama] is tempered by one thing -- outside of conservative circles, nobody really seems to care. The media, of course, is very aggressive about not caring, but the malaise seems to affect ordinary Americans as well.

The only way to explain this disinterest in Obama's past and its relationship to his present is that Americans no longer consider the label "socialist" to be a pejorative. To them, it's just another content-neutral political ideology. In our non-judgmental age, it falls into the same category as Liberal vs. Conservative, or Left vs. Right. To most people, it just means Obama is a more liberal Liberal, or a leftier Lefty, and they already knew that.

In order to stir ordinary Americans to the sense of outrage those of us in the blogosphere feel, we need to remind them that socialism is not simply a more liberal version of ordinary American politics. It is, instead, its own animal, and a very feral, dangerous animal indeed.

It helps to begin by understanding what socialism is not. It isn't Liberalism and it isn't mere Leftism. Frankly, those terms (and their opposites) should be jettisoned entirely, because they have become too antiquated to describe 21st Century politics. The political designations of Left and Right date back to the French Revolution, when Revolutionaries sat on the Left side of the French Parliament, and the anti-Revolutionaries sat on the Right. Terms from the internal geography of the French parliament as the ancient regime crumbled are striking inapposite today.

Likewise, the terms Liberal and Conservative date back to Victorian England, when Liberals were pushing vast social reforms, such as the end of child labor, while Conservatives were all for maintaining a deeply hierarchical status quo. Considering that modern "liberals" are seeking a return to 20th Century socialism, those phrases too scarcely seem like apt descriptors.

If it were up to me to attach labels to modern political ideologies, I would choose the terms "Individualism" and "Statism." "Individualism" would reflect the Founder's ideology, which sought to repose as much power as possible in individual citizens, with as little power as possible in the State, especially the federal state. The Founder's had emerged from a long traditional of monarchal and parliamentary statism, and they concluded that, whenever power is concentrated in the government, the individual suffers.

And what of Statism? Well, there's already a name for that ideology, and it's a name that should now be firmly attached to Sen. Obama: Socialism.

Although one can trace socialist ideas back to the French Revolution (and even before), socialism's true naissance is the 19th Century, when various utopian dreamers envisioned a class-free society in which everyone shared equally in what the socialist utopians firmly believed was a finite economic pie. That is, they did not conceive of the possibility of economic growth. Instead, they believed that, forever and ever, there would only be so many riches and resources to go around.

The original utopians did not yet look to the state for help establishing a world of perfect equality. Instead, they relied on each enlightened individual's moral sense, and they set up myriad high-minded communes to achieve this end. All of them failed. (For many of us, the most famous would be the Transcendentalist experiment in , which almost saw poor Louisa May Alcott starve to death as a child.)

It took Marx and Engels to carry socialism to the next level, in which they envisioned the complete overthrow of all governments, with the workers of the world uniting so that all contributed to a single socialist government, which in turn would give back to them on an as needed basis. Assuming that you're not big on individualism and exceptionalism, this might be an attractive doctrine as a way to destroy want and exploitation, except for one thing: It does not take into account the fact that the state has no conscience.

Once you vest all power in the state, history demonstrates that the state, although technically composed of individuals, in fact takes on a life of its own, with the operating bureaucracy driving it to ever greater extremes of control. Additionally, history demonstrates that, if the wrong person becomes all-powerful in the state, the absence of individualism means that the state becomes a juggernaut, completely in thrall to a psychopath's ideas. Herewith some examples:

My favorite example is always Nazi Germany because so many people forget that it was a socialist dictatorship. Or perhaps they're ignorant of the fact that the Nazi's official and frequently forgotten name was the National Socialist German Worker's Party. In other words, while most people consider the Nazi party to be a totalitarian ideology arising from the right, it was, in fact, a totalitarian party arising from the left.

Practically within minutes of the Nazi takeover of the German government, individuals were subordinated to the state. Even industries that remained privately owned (and there were many, as opponents of the Nazis = socialist theory like to point out), were allowed to do so only if their owners bent their efforts to the benefit of the state. Show a hint of individualism, and an unwillingness to cooperate, and you'd swiftly find yourself in , with a government operative sitting in that executive chair you once owned.

We all know what life was like in this Nazi socialist state. Citizens immediately lost the right to bear arms; thought crimes were punished with imprisonment and death; children were indoctrinated into giving their allegiance to the state, not the family; the government dictated the way in which people could live their day-to-day lives; and people who appeared to be outliers to the harmony of the conscienceless government entity (gays, mentally ill-people, physically handicapped people, Jews, gypsies) were dehumanized and eventually slaughtered.

And here's something important for you to realize as you think about what happened in that socialist state. While a core group of people, Hitler included, undoubtedly envisioned these extremes as their initial goals, most didn't. They just thought that, after the utter chaos of the 1920s (especially the economic chaos), the socialists would calm the economy (which they did), and simply remove from people the painful obligation of having to make their way in the world. It was only incrementally that the average German bought into the ever-more-extreme demands of the state - and those who didn't buy in were coerced because of the state's unfettered willingness to use its vast, brute power to subordinate individuals to its demand.

Here's another example: the . In my liberal days in the 1970s and 1980s, it was very popular to downplay what was going on in the and, instead, chalk up fear of the Soviets to the foul remnants of McCarthyism. This was extreme intellectual dishonesty on our part. The fact is that life in the was always horrible.

From its inception, the Soviet state brutalized people, whether it was the upper echelon party purges or the mass slaughter of the kulaks -- all in the name of collectivism and the protection of the state envisioned by Lenin and Stalin. Most estimates are that, in the years leading up to WWII, the Soviet socialist state killed between 30 and 60 million of its own citizens. Not all of the victims died, or at least they didn't die instantly. Those who didn't receive a swift bullet to the head might starve to death on collective farms or join the millions who ended up as slave laborers in the gulags, with most of the latter incarcerated for thought crimes against the state.

I've got another example for you: the People's Republic of , another socialist state. One sees the same pattern as in Nazi Germany and Soviet Russia: individuals were instantly subordinated to the needs of the state and, as the state's needs became ever more grandiose, more and more people had to die. Current estimates are that Mao's "visionary" Great Leap Forward resulted in the deaths of up to 100 million people. The people died from starvation, or were tortured to death, or just outright murdered because of thought crimes. The same pattern, of course, daily plays out on a smaller scale in socialist .

Those are examples of hard socialism. Soft socialism is better, but it certainly isn't the American ideal. springs to mind as the perfect example of soft socialism. 's socialist medicine is a disaster, with practically daily stories about people being denied treatment or receiving minimal treatment. Invariably, the denials arise because the State's needs trump the individual's: Either the treatment is generally deemed too costly (and there are no market forces at work) or the patients are deemed unworthy of care, especially if they're old.

British socialism has other problems, aside from the dead left behind in her hospital wards. As did , , and (and as would Obama), socialist took guns away (at least in ), with the evitable result that violent crime against innocent people skyrocketed.

The British socialist bureaucracy also controls people's lives at a level currently incomprehensible to Americans, who can't appreciate a state that is constantly looking out for its own good. In Britain, government protects thieves right's against property owner's, has it's public utilities urge children to report their parents for "green" crimes; tries to criminalize people taking pictures of their own children in public places; destroys perfectly good food that does not meet obsessive compulsive bureaucratic standards; and increasingly stifles free speech. (Impressively, all of the preceding examples are from just the last six months in .)

Both history and current events demonstrate that the socialist reality is always bad for the individual, and this is true whether one is looking at the painfully brutal socialism of the Nazis or the Soviets or the Chinese, with its wholesale slaughters, or at the soft socialism of England, in which people's lives are ever more tightly circumscribed, and the state incrementally destroys individual freedom. And that is why Obama's socialism matters.

Regardless of Obama’s presumed good intentions, socialism always brings a society to a bad ending. I don’t want to believe that Americans who live in a free society that allows people to think what they will, do what they want, and succeed if they can, will willingly hand themselves over to the socialist ideology. They must therefore be reminded, again and again and again, that socialism isn’t just another political party; it’s the death knell to freedom. So remember, while McCain wants to change DC, Obama wants to change .

because he is not eligible to be President of the United States
because he is not a Natural Born Citizen
as required by Article Two, Section One, Clause Five
of the United States Constitution regardless of
where he was born (Mombassa, Hawaii, Chicago, or Mars)
because he was not born of TWO PARENTS
BOTH OF WHOM WERE UNITED STATES CITIZENS
at the time of his birth. His father was a subject/ciitizen
of Kenya/Great
and his mother was too young to pass on her citizenship
according to the law in effect when he was born.
Check it out: