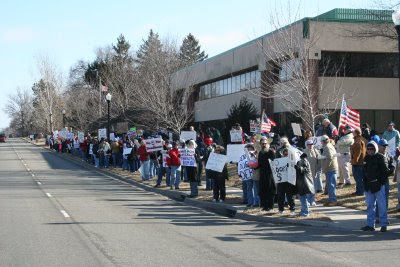 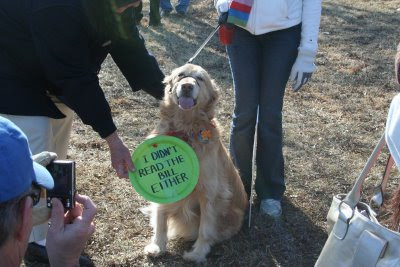 
Some Democrats Didn't Get the Memo on the 'Climate Emergency'

Most of President Obama's dramatic budget changes are likely to pass Congress, but expect even many Democrats to question his plan to create a "cap-and-trade" program for carbon dioxide. The plan would bring in some $646 billion over the next ten years according to the Obama budget office. The vast majority of the revenue supposedly would be used to create tax cuts for low-income families.

Democrats from Rust Belt states are already skeptical. Their region would be hit hard by the new rules, especially those with large coal industries. A total of 15 Senate Democrats have signed a letter urging that any cap-and-trade legislation "ensure that consumers and workers in all regions of the U.S. are protected from undue hardship." Those signing included Senators Debbie Stabenow and Carl Levin of Michigan, Blanche Lincoln and Mark Pryor of Arkansas, Jim Webb of Virginia, Evan Bayh of Indiana, Claire McCaskill of Missouri and Ben Nelson of Nebraska.

The scope and ambitious price tag of the Obama program also appear to have united business groups in opposition. "We want to thank the administration for killing all industry support for cap-and-trade," William Kovacs, the top energy analyst at the U.S. Chamber of Commerce, told the Washington Times. "President Obama has consolidated the opposition."

Jonathan Krohn, a precocious 13-year-old from Atlanta who has become obsessed with conservative philosophy, addressed the gathering for two minutes on Friday to wild applause. He then appeared on Sean Hannity's Fox TV show and toured the exhibit halls hawking his book "Define Conservatism For Past, Present and Future Generations." His poise, self-assurance and level of articulation left other speakers gasping for a proper reaction.

"He came up to me, grabbed my hand, and shook it," said Joe Wurzelbacher, aka Joe the Plumber. Mr. Wurzelbacher told the Washington Post: "If I didn't know any better I would say he was 30 years old. He definitely has a great confidence about him."

Newt Gingrich, who would be Mr. Krohn's favorite choice for president save for his political baggage, could hardly believe the young man. A former wunderkind himself, Mr. Gingrich told me: "All politicians at this conference should be looking over their shoulder at him."

The future looks rosy for Mr. Krohn, who will be filling in as a guest host for talk radio host Scott Hennen in a few weeks. "I am incredibly impressed with him, and I think he has a future in the business," Mr. Hennen told me. "His voice is already strong." Indeed, young Mr. Krohn credits his interest in conservatism to listening to Bill Bennett's radio program, starting when he was eight years old.

I took some time to chat with Jonathan's parents, who looked a little shell-shocked that their home-schooled child prodigy is so much in demand. "I guess this is what you get when you cross a conservative father with a mother who is a former actress," Marla Krohn told me, noting that Jonathan came very close to landing the part of Michael Banks in the Broadway revival of "Mary Poppins."

"He has a God-given gift to communicate," says his father, Doug, a gas company executive. "All I can do is carry his bags and marvel how fast he has grown to have more self-confidence than most adults ever do."

Quote of the Day I

"Your speech commemorating Black History Month by calling America 'a nation of cowards' because we 'do not talk enough with each other about race' -- a topic about which we talk incessantly -- was unworthy of the admirable public servant I believe you to be. The speech was, as others have pointed out, embarrassingly misinformed, hackneyed, and devoid of thoughtful contributions to racial dialogue. The one point that you developed in a bit of detail in the February 18 speech was especially silly: 'Black history is given a separate, and clearly not equal, treatment. . . . Until black history is included in the standard curriculum in our schools and becomes a regular part of all our lives, it will be viewed as a novelty, relatively unimportant and not as weighty as so-called 'real' American history.' Bosh. The reality is that our high schools and universities are quite clearly focusing disproportionate attention on black history .The proof includes a poll published last year in which 2,000 high school juniors and seniors in all 50 states were asked to name the 10 most famous Americans, other than presidents and first ladies. The top three finishers were black: Martin Luther King Jr. (67 percent), Rosa Parks (60 percent), and Harriet Tubman (44 percent). So is the only living finisher, Oprah Winfrey (22 percent)" -- legal columnist Stuart Taylor Jr., writing in the National Journal about Attorney General Eric Holder's recent speech castigating American attitudes on race.

Quote of the Day II

"During the presidential campaign, Barack Obama tempered his pledge to substantially raise taxes for high earners with an important proviso: He'd simply restore rates to their levels during the Clinton Administration. Now, it sure looks like Obama is reneging on that promise. The burden will indeed go far higher than in the Clinton years via a technicality -- one that will come as a rude shock even to the taxpayers already braced for a soaking. They're among America's most productive, hard-working citizens: our doctors, attorneys, architects, and entrepreneurs, the owners and builders of cleaning companies, delis and security franchises. Though President Obama brands them as rich, they're usually far from it . . . already strapped by a combination of high income taxes, soaring property tax levies, and college savings for the kids. Their chance of accumulating the couple of million dollars needed to qualify as rich were virtually nil even before Obama took the stage. Now, their prospects are dimmer than ever, courtesy of a new, laser-like proposal specially designed to zap the . . . $250,000-to $500,000 crowd" -- Fortune Magazine's Shawn Tully on how President Obama's planned rate hikes, combined with deduction phase-outs and the Alternative Minimum tax, will increase the tax burden on families in their peak earning (and spending) years.

Mr. Greenspan will visit the sunny resort for a meeting of the Mexican Bank Association to discuss the global economic crisis. He'll reportedly collect a $50,000 speaking fee for his trouble, though more than a few observers in Mexico see the imperial Mr. Greenspan as not just a commentator on the crisis but as the author of it.

Even the prospect of his speaking has been panned by many in the local press. Reforma, the big Mexican newspaper, wondered whether Mr. Greenspan would offer a "'mea culpa' for the lack of regulation of financial intermediaries in the U.S." The Mexican daily Milenio had a bone to pick about the terms of the Maestro's appearance: "Among the demands of Greenspan are that the press be prohibited from approaching him, he will not give interviews, his talk may not be recorded and his words may not be written down."

Mr. Greenspan, however, reportedly did condescend to allow himself "to be filmed for ten minutes and that his discourse be transcribed." Milenio closed its commentary with the single, ironic word: "Gracias."