SINCE UNIVERSITY ADMINISTRATORS USUALLY MAKE DECISIONS BASED ON FEELINGS, HOW WILL THEY FEEL WHEN NO ONE IS ABLE TO STOP THE NEXT SEUNG-HUI CHO? 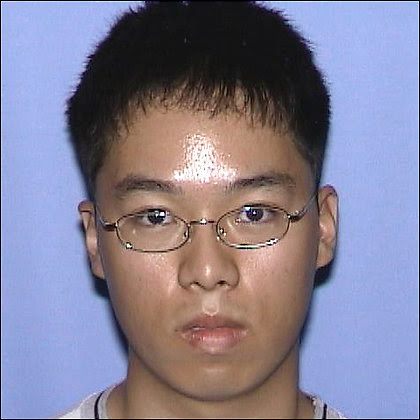 I like teaching police officers
because it virtually assures that no one will ever go on a shooting spree
in my building at UNC-Wilmington.
The officers I teach are, of course, allowed to carry guns –
and many do as they go on duty directly after attending classes.
Because criminals a) are aware of this,
and b) are generally rational,
the next shooting rampage will not be happening in my general vicinity.

The fact that most academics are generally ignorant of the benefits of guns on campus is readily apparent to those following a recent case at Western Oregon University located in Monmouth, Oregon. The case involves a former Marine named Jeffrey Maxwell who used to carry a derringer to school along with a small knife. He carried both concealed.

Maxwell carries his gun because, like many former Marines, he has a license to do so. His permit allows him to carry although not in federal buildings or in courthouses. He was studying in the student union when Monmouth Police officers approached him to ask whether he was armed.

Maxwell admitted he had a gun and knife in his pocket and an unloaded rifle in his truck. He was arrested and cited for possessing a firearm in public. Of course, he was let go by a district attorney who recognized that Maxwell simply had not committed any crime. But the fact of his complete innocence didn’t stop the university from going after Maxwell.

The university should have apologized to Maxwell. Instead, a student judicial panel suspended him from school for violating a student conduct rule banning the possession of weapons on campus.

The Oregon legislature could try to pass a law banning firearms possession - even for those with concealed carry permits - in places other than courthouses or federally owned buildings. If they tried to pass such a law they could well succeed.

But, in this case, Maxwell’s decision to carry was not challenged by any change in state law. It was challenged by yet another lawless university trying to trump state law with its own handbook. (For those who have not noticed, universities also try frequently to trump federal law with their handbooks. Often, they try to do both at once. It’s an old trick that often succeeds without challenge).

But the Maxwell case involves a more novel trick. It involves having this falsely accused man (who, remember, served his country in the Marines) get a mental health evaluation before returning to school. This may be worse than Hamline University’s decision to suspend a student simply for advocating concealed weapons permits on campus. That student was also ordered to submit to a psychological evaluation before returning to school.

Speaking for the Oregon university system, Di Saunders correctly asserts that the question of allowing concealed weapons on campus is one of student safety. But she incorrectly asserts that allowing permit holders to carry on campus will make the campus more dangerous. No peer-reviewed publication has ever come to that conclusion based on actual evidence. And many have come to a contrary conclusion.