STATES BEGIN TO DECLARE THEIR SOVEREIGNITY UNDER THE TENTH AMENDMENT TO THE U.S. CONSTITUTION. ALL STATES NEED TO HURRY AND DO SO 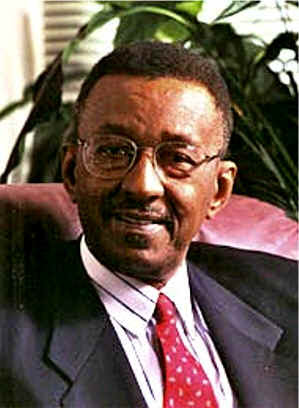 "The powers delegated by the proposed Constitution to the federal government are few and defined. Those which are to remain in the State governments are numerous and indefinite." --James Madison, Federalist No. 45

Our Colonial ancestors petitioned and pleaded with King George III to get his boot off their necks. He ignored their pleas, and in 1776, they rightfully declared unilateral independence and went to war. Today it's the same story except Congress is the one usurping the rights of the people and the states, making King George's actions look mild in comparison. Our constitutional ignorance -- perhaps contempt, coupled with the fact that we've become a nation of wimps, sissies and supplicants -- has made us easy prey for 's tyrannical forces. But that might be changing a bit. There are rumblings of a long overdue re-emergence of Americans' characteristic spirit of rebellion.

You might ask, "Isn't the 10th Amendment that no-good states' rights amendment that governors, such as George Wallace and Orval Faubus, used to thwart school desegregation and black civil rights?" That's the kind of constitutional disrespect and ignorance that big-government proponents, whether they're liberals or conservatives, want you to have. The reason is that they want to have total control over our lives. The Founders tried to limit that power with the 10th Amendment, which reads: "The powers not delegated to the by the Constitution, nor prohibited by it to the States, are reserved to the States respectively, or to the people."

New Hampshire's 10th Amendment resolution typifies others and, in part, reads: "That the several States composing the United States of America, are not united on the principle of unlimited submission to their General (federal) Government; but that, by a compact under the style and title of a Constitution for the United States, and of amendments thereto, they constituted a General Government for special purposes, delegated to that government certain definite powers, reserving, each State to itself, the residuary mass of right to their own self-government; and that whensoever the General Government assumes undelegated powers, its acts are unauthoritative, void, and of no force." Put simply, these 10th Amendment resolutions insist that the states and their people are the masters and that Congress and the White House are the servants. Put yet another way, is a creature of the states, not the other way around.

Congress and the White House will laugh off these state resolutions. State legislatures must take measures that put some teeth into their 10th Amendment resolutions. Congress will simply threaten a state, for example, with a cutoff of highway construction funds if it doesn't obey a congressional mandate, such as those that require seat belt laws or that lower the legal blood-alcohol level to .08 for drivers. States might take a lead explored by .

In 1994, the Colorado Legislature passed a 10th Amendment resolution and later introduced a bill titled "State Sovereignty Act." Had the State Sovereignty Act passed both houses of the legislature, it would have required all people liable for any federal tax that's a component of the highway users fund, such as a gasoline tax, to remit those taxes directly to the Colorado Department of Revenue. The money would have been deposited in an escrow account called the "Federal Tax Fund" and remitted monthly to the IRS, along with a list of payees and respective amounts paid. If Congress imposed sanctions on for failure to obey an unconstitutional mandate and penalized the state by withholding funds due, say $5 million for highway construction, the State Sovereignty Act would have prohibited the state treasurer from remitting any funds in the escrow account to the IRS. Instead, would have imposed a $5 million surcharge on the Federal Tax Fund account to continue the highway construction.

The eight state legislatures that have enacted 10th Amendment resolutions deserve our praise, but their next step is to give them teeth.

Mark Alexander is away participating in a national security forum.

he is not a Natural Born Citizen
as required by Article Two, Section One, Clause Five
of the United States Constitution regardless of
where he was born (Mombassa, Hawaii, Chicago, or Mars)
because he was not born of TWO PARENTS
BOTH OF WHOM WERE UNITED STATES CITIZENS
at the time of his birth. His father was a subject/ciitizen
of Kenya/Great
and his mother was too young to pass on her citizenship
according to the law in effect when he was born.
Check it out: