IF HYPOCRISY IS THE HOMAGE THAT VICE PAYS TO VIRTUE, THEN OBAMA'S FLIP-FLOPS ON ANTI-TERROR MEASURES IS HIS HOMAGE TO GEORGE W BUSH 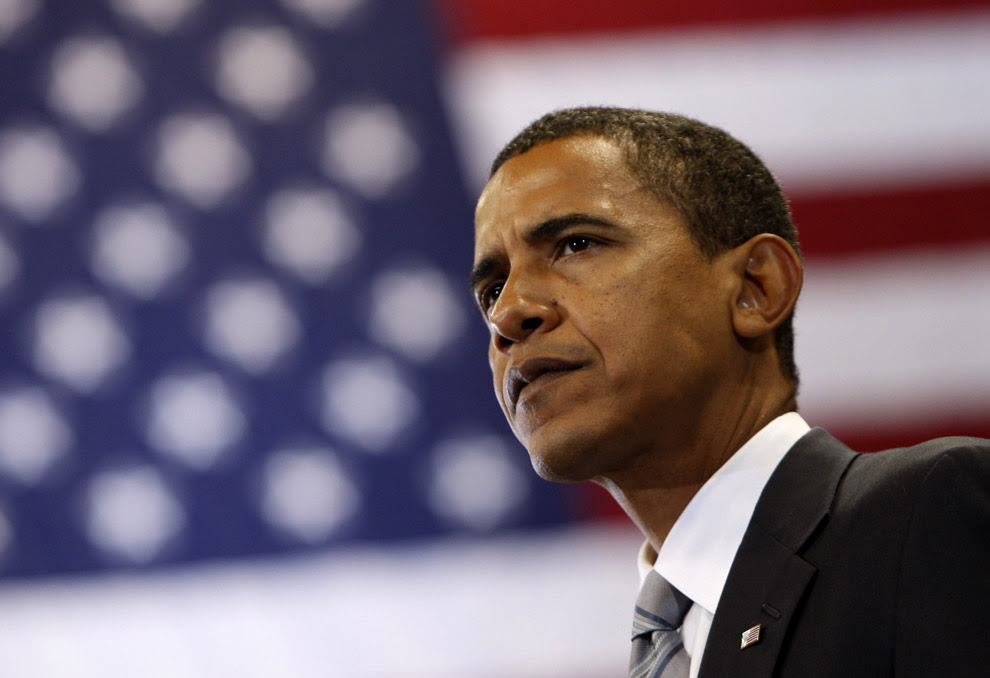 If hypocrisy is the homage that vice pays to virtue,
then the flip-flops on previously denounced anti-terror measures
are the homage that Barack Obama pays to George Bush.

Within 125 days,
Obama has adopted with only minor
modifications huge swaths of the entire,
allegedly lawless Bush program.

The latest flip-flop is the restoration of military tribunals.
During the 2008 campaign,
Obama denounced them repeatedly,
calling them an "enormous failure."
Obama suspended them upon his swearing in.
Now they're back.

Of course,
Obama will never admit in word what he's doing in deed.
As in his rhetorically brilliant national-security speech on Thursday
claiming to have undone Bush's moral travesties,
the military commissions flip-flop is accompanied by the usual Obama three-step:

Cosmetic changes such as Obama's declaration
that "we will give detainees greater latitude in selecting their own counsel."
Laughable.
High-toned liberal law firms are climbing over each other
for the frisson of representing these miscreants in court.

What about disallowing evidence received under coercive interrogation? Hardly new, notes former prosecutor Andrew McCarthy. Under the existing rules, military judges have that authority, and exercised it under the Bush administration to dismiss charges against al-Qaeda operative Mohammed al-Qahtani on precisely those grounds.

On Guantanamo, it's Obama's fellow Democrats who have suddenly discovered the wisdom of Bush's choice. In open rebellion against Obama's pledge to shut it down, the Senate voted 90 to 6 to reject appropriating a single penny until the president explains where he intends to put the inmates. Sen. James Webb, the de facto Democratic authority on national defense, wants the closing to be put on hold. And on Tuesday, Democratic Senate Majority Leader Harry Reid said, no Gitmo inmates on American soil -- not even in American jails.

That doesn't leave a lot of places. The home countries won't take them. Europe is recalcitrant. Saint Helena needs refurbishing. Elba didn't work out too well the first time. And Devil's Island is now a tourist destination. Gitmo is starting to look good again.

Observers of all political stripes are stunned by how much of the Bush national security agenda is being adopted by this new Democratic government. Victor Davis Hanson (National Review) offers a partial list: "The Patriot Act, wiretaps, e-mail intercepts, military tribunals, Predator drone attacks, Iraq (i.e. slowing the withdrawal), Afghanistan (i.e. the surge) -- and now Guantanamo."

Jack Goldsmith (The New Republic) adds: rendition -- turning over terrorists seized abroad to foreign countries; state secrets -- claiming them in court to quash legal proceedings on rendition and other erstwhile barbarisms; and the denial of habeas corpus -- to detainees in Afghanistan's Bagram prison, indistinguishable logically and morally from Guantanamo.

What does it all mean? Democratic hypocrisy and demagoguery? Sure, but in Washington, opportunism and cynicism are hardly news.

There is something much larger at play -- an undeniable, irresistible national interest that, in the end, beyond the cheap politics, asserts itself. The urgencies and necessities of the actual post-9/11 world, as opposed to the fanciful world of the opposition politician, present a rather narrow range of acceptable alternatives.

Among them: reviving the tradition of military tribunals, used historically by George Washington, Andrew Jackson, Winfield Scott, Abraham Lincoln, Arthur MacArthur and Franklin Roosevelt. And inventing Guantanamo -- accessible, secure, offshore and nicely symbolic (the tradition of island exile for those outside the pale of civilization is a venerable one) -- a quite brilliant choice for the placement of terrorists, some of whom, the Bush administration immediately understood, would have to be detained without trial in a war that could be endless.

The genius of democracy is that the rotation of power forces the opposition to come to its senses when it takes over. When the new guys, brought to power by popular will, then adopt the policies of the old guys, a national consensus is forged and a new legitimacy established.

That's happening before our eyes. The Bush policies in the war on terror won't have to await vindication by historians. Obama is doing it day by day. His denials mean nothing. Look at his deeds.
---
OBAMA IN BUSH CLOTHING: AMERICAN FIGHTS ON
by Charles Krauthammer
TOWNHALL.COM Columinst
Friday,
22 May 2009