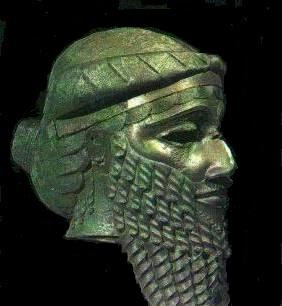 
It is a typically modern conceit
to believe that our world today is so advanced,
so technically savvy and so filled with the best and the brightest
that it can avoid the global convulsions that have wracked mankind
since Sargon the Great.
This charming fantasy assumes that our world can actually put “an end to history,”
that with only the right people in charge and the right ideas available
that conflict will be at an end
and a new era of harmony will spread across the globe.

Besides astounding arrogance, such a belief requires that all of history be ignored and that human nature is changeable. Both ideas are absurd and dangerous. One can certainly ignore history, but she has a way of intruding into the affairs of man nonetheless. Her central point—actually, her only point—is the unchangeable nature of man. It is this constancy in human behavior that makes history even possible. And one aspect of man’s behavior throughout time and space has been his affinity for world wars.

But were there not only two of these ghastly things? No, there were many, and they have occurred since man has been able to marshal the finances, muscle and machines to spread violence and misery and destruction across land and sea. World wars defined their times as much as they define ours.

As far as we can divine from history the first world-wide conflict (as the world was defined at the time) began at the death of Ashurbanipal (626 BC). He was the self-proclaimed “Great King, the Mighty King, the King of the Four Corners, the King of Universal Reign, the King of the World, the King of Assyria.” His empire encompassed all of the ancient Middle East— which we call today Egypt, Israel, Jordan, Iraq, Syria, Lebanon and Kuwait—and parts of Turkey, Iran, southern Russia, Armenia and Libya. Assyrian was the superpower of the age, seemingly invincible as she ruled the earth.

She was destroyed in two weeks—a true case of moral pointing and tale adorning. Assyria had taken her hinterlands for granted and had allowed hordes of non-Assyrians into her empire. She was also unspeakably cruel, a national policy that created enemies all around. They formed an alliance and struck at her center in an early type of ’shock and awe’. The heart of Assyria was attacked at all points and all at once. Avenging armies from Scythia, Babylon, and Persia set the ancient world aflame as they moved on the Assyrian citadels of Nineveh, Kalah, Asur and Dur-Sharrukin. This world war—the true first world war—ended with the destruction of Nineveh in 612 BC.

We might also consider the Greco-Persian Wars (496-479 BC). Persia then stretched from the north of Greece to Egypt to Libya to southern Russia and on to the Hindu Kush. These wars were fought between this immense empire and a few city-states of Greece. The entire eastern Mediterranean was involved, and parts of Sicily as well. Later expeditions would push Greek arms beyond the Euphrates (401 BC), and Alexander (356-332 BC) would continue the conflict into India and the Arabian Peninsula. His successors would continue fighting until 50 years after his death, causing what the writers of Maccabees said were “many evils on the earth.” We may safely claim that the Persian Wars and their aftermath earn the dubious title of ‘the longest world war.’

The Second Punic War (218-201 BC) certainly was a world war. Involving parts of modern Spain, Tunisia, Algeria, Libya, Greece, Italy, Sicily, Corsica, Sardinia, Macedonia and France—in fact all the western Mediterranean—and its effects were felt far beyond these areas. Or how about The Crusades (1095-1204)? They involved all of Europe and the Middle East as well as parts of Africa and the entire Mediterranean.

Islam merits special mention. Since her founding in 626 it has been a source of world war and conflict. Wherever it went—and Islam went everywhere it could—it brought war and tyranny. Even after conquering much of the world from Spain to Indonesia—and all of this in an astounding 100 years, the fastest, largest and most durable expansion in all history—it never settled down. Constant war was and is a prerequisite of the faith. Even today one can safely bet that wherever there is war somewhere in the world, one or both antagonists are Muslim. It is also a safe bet that our next world war will start from some stupidity arising from Muslim lands.

There are other candidates for world war: The Mongol invasions of the 13th century come to mind. What we now call Korea, China, Mongolia, northern India, Central Asia, the Middle East, Russia and parts of Eastern Europe were convulsed by these terrible horsemen from the Steppes. Or how about the French and Indian War (1756-1763)? Or the Napoleonic Wars (1796-1815)? Both certainly qualify. Both involved fighting in Europe, the Americas, the Caribbean, Africa and parts of Asia.

After 1815, thanks to Britannia ruling the seas the world was more or less quiet until 1914 and the guns of August. And it has never been quiet since. Even the 50 year Pax Americana seems now only a breathing space that saw the dismantling of the old USSR into a group of fractious and bickering states. Perhaps our next world war will come from one of these ridiculously unstable nations.

But there are many candidates concerning the cause of our next world war. History does tend to surprise. Who would have guessed that the assassination of some second rate European prince would lead to a world war? Or that a leather-boy Austrian corporal would cause another? Or that the preposterously impoverished and grimy Islam would be taking the modern world by storm?

So expect surprises. It does not take a Nostradamus to state that they will be unpleasant in the extreme.
---
WORLD WARS
by Scipio
Monday
04 May 09

“It is also a safe bet that our next world war will start from some stupidity arising from Muslim lands.”

Such as Michigan or New York.

vanderleun,
Residing just a few miles north of Dearborn Michigan, all I can say is, you ain’t kidding! And you’d be disgusted reading our local papers as they regularly give op-ed space to the local mouthpiece from CAIR and local imams, who, as much as they try to deny it, can’t help but express their disdain for the United States.

But (not so) strangely enough, they love Obama.