STEVENS AND BREYER: IT IS UNLAWFUL TO OWN A GUN, BUT IF YOU DISCHARGE A GUN ACCIDENTALY DURING A ROBERY IT DOES NOT AGGRAVATE THE CRIME 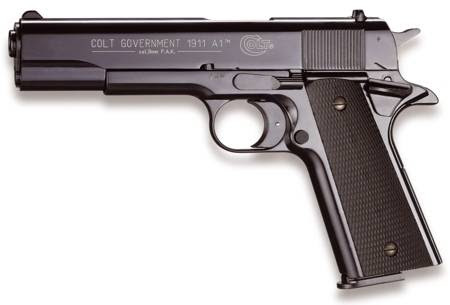 The Supreme Court also ruled this week on a case involving a robbery during which the perpetrator accidentally fired his gun. He claimed that the automatic 10-year sentence for firing a weapon during a crime was too harsh for something that was an accident. The Court disagreed. Mandatory minimum sentences are another can of worms, but we agree with Chief Justice John Roberts, who pointed out that if criminals wanted to avoid the penalty for firing the gun, even by accident, they should "lock or unload the firearm, handle it with care during the underlying violent or drug trafficking crime, leave the gun at home or -- best yet -- avoid committing the felony in the first place."

Funnier still is the dissent, written by Justice John Paul Stevens and joined by Stephen Breyer, which said, "Accidents happen, but they seldom give rise to criminal liability. Indeed, if they cause no harm, they seldom give rise to any liability. The court today nevertheless holds that petitioner is subject to a mandatory additional sentence -- a species of criminal liability -- for an accident that caused no harm." Call us crazy for pointing it out, but these are two of the justices who dissented from last year's Heller ruling, which affirmed the Second Amendment right to keep and bear arms. In other words, they are in the unusual position of defending a criminal who accidentally fired a weapon during a crime while maintaining that law-abiding citizens have no right to own a firearm.

Late last year, we recommended several stocks for investment that we felt would be secure even in uncertain times. These included a diverse portfolio of various rifles in several calibers. As it turns out, several million Americans followed our advice. According to AmmoLand.com, "Law abiding US citizens bought on average 3,177,256 guns every 3 months in 2008," which, they point out, is enough to outfit the armies of both China and India -- combined. Not only that, but in December 2008, more than 1.5 billion rounds of ammunition were sold. Of course, the downside is that guns and ammo are pretty hard to come by these days. It may seem a bit odd, but many conservatives have dubbed Barack Obama the "Firearms Salesman of the Year."