MARY ANN GLENDON AND CARRIE PREJEAN ARE A CREDIT TO THEIR GENDER, EXEMPLARS FOR OTHER AMERICAN WOMEN 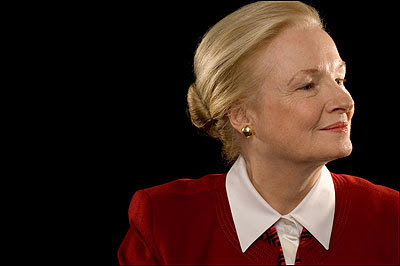 
ARLEN SPECTER
would never have made it
into Profiles in Courage.
Unlike the senators described in John F. Kennedy's book --
men who remained true to their principles, even when it meant paying a steep political price -- Specter has never been celebrated for his backbone.

Forty-odd years ago, Specter abandoned the Democratic Party in order to win election to Congress as a Republican; five days ago, he abandoned the Republican Party in order to win re-election as a Democrat. As he announced his defection, Specter all but admitted that he was acting out of naked political expediency. "I have . . . surveyed the sentiments of the Republican Party in Pennsylvania and public opinion polls," he told reporters, "and have found that the prospects for winning a Republican primary are bleak." According to a poll that had been released a few days earlier, only 30 percent of Pennsylvania Republicans were supporting Specter's re-nomination, while 51 percent favored his conservative rival.

When Vermont Senator James Jeffords defected from the GOP in 2001, Specter blasted his perfidy, and wanted senators to be barred from changing parties in midsession. As recently as two weeks ago, he assured Pennsylvania voters that he wouldn't do such a thing. Asked in an interview whether he might consider running as an independent or Democrat, Specter staunchly replied: "I am a Republican and I am going to run on the Republican ticket in the Republican primary."

But if Specter is no profile in courage, there are others in the public eye who are, as two admirable American women have recently reminded us.

Law professor Mary Ann Glendon
At first glance, Carrie Prejean and Mary Ann Glendon could hardly seem more dissimilar. Prejean is a 21-year-old California beauty queen and model; Glendon is a Harvard law professor and a former US ambassador to the Vatican. What they have in common is a greater respect for honesty than for political correctness, and for the obligations of moral witness than for their own personal prestige.

Glendon made news last week when she refused to accept the University of Notre Dame's illustrious Laetare Medal, the oldest and most distinguished honor in American Catholic life. The medal was to have been presented on May 17, when President Barack Obama will receive an honorary degree and deliver the commencement address. Notre Dame is the nation's foremost Catholic university, and its decision to honor Obama -- an ardent supporter of unrestricted abortion rights -- has been sharply criticized, especially by Catholics who share their church's deep opposition to abortion.

In a letter to Notre Dame's president, Glendon expressed dismay that the university would bestow a high honor on someone so hostile to such a fundamental Catholic principle, in flat disregard of church guidelines. Worse, it was using her expected appearance to deflect criticism, suggesting in its "talking points" that Obama's address to the graduates would be balanced by Glendon's brief acceptance remarks. Unwilling to let her presence be exploited in this way, she chose to renounce the medal.

Unlike Glendon, who had weeks to reflect before making her decision, Prejean had only seconds. In the final round of the recent Miss USA Pageant, Prejean was asked by one of the judges -- a homosexual gossip blogger who calls himself Perez Hilton -- whether she thought every state should legalize same-sex marriage. It was, she later said, the question she dreaded most -- "I prayed I would not be asked about gay marriage" -- knowing that an honest answer would hurt her chances of winning. 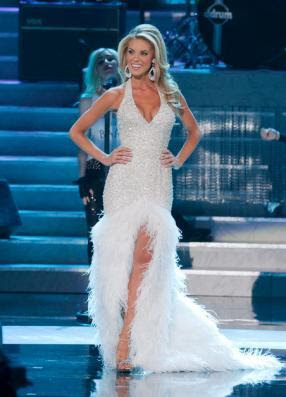 As she foresaw, the crown went to another contestant. What she may not have foreseen was the wave of hostility and condemnation that followed. Immediately after the pageant, the judge who had asked the question publicly berated her, snarling in an online video: "Miss California lost because she's a dumb bitch." (In an even uglier postscript, he later said that he had actually wanted to call Prejean "the C-word.") California pageant officials slammed her, too; "religious beliefs," one wrote, "have no place in politics in the Miss CA family." The Miss California USA organization even issued a statement denouncing Prejean for "her opportunistic agenda." Village Voice columnist Michael Musto went on Keith Olbermann's TV show to slander Prejean as "dumb and twisted . . . a human Klaus Barbie doll."

Throughout the uproar, Prejean has remained gracious and calm, steadfastly refusing to demonize those who have been demonizing her.

It is not always easy to have the courage of one's convictions, to turn down honor for the sake of truth, or to resist the pressure to be politically correct. A law professor and a beauty queen have just shown us how it is done.
---
COURAGE, AND THE ABSENCE OF COURAGE
by Jeff Jacoby
THE BOSTON GLOBE
Sunday
03 May 09