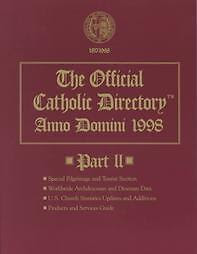 From the Front Lines: Bishop D'Arcy called on for fresh action.

There is so much to talk about; our activities are non-stop. We have just had extensive local press coverage of our recent requests of Bishop D'Arcy in Fort Wayne.


But first - please remember - our mission is to mobilize people like you to effect the battle of Notre Dame. (That's what I told you at our web site, www.StopObamaNotreDame.com!)


So, rather than offer you fluffy words, I will give you breaking news, and urge you to join the fight on a critical front - a front where you can make a difference - no matter where you live. (And NO, IT IS NOT ABOUT MONEY!)


On Wednesday, April 29, twelve of us gathered in front of the Chancellory of Bishop D'Arcy in Fort Wayne Indiana. We thanked him [through his staff] for what he has done by boycotting the commencement, and respectfully asked him to take his boycott of Notre Dame's commencement to its logical conclusion.

I delivered a hand written letter to him [his staff] from me, asking him for three specific things. I ask you to read one of the stories; if you agree with my three requests, I ask you to call the Bishop, and ask him for these three items. (Please look at the news coverage, then join me in this prayerful request.)


If you agree with these three goals - hold a reparation mass; hold an alternate commencement for any seniors who want to join Bp. D'Arcy in this boycott; threaten to remove Notre Dame's name from the Official Registry of Catholic Universities - then I beg you to call Bp. D'Arcy right now. His number in Fort Wayne is: (260) 422-4611; in South Bend, (574) 234-0687


Call Bp. D'Arcy, and thank him for boycotting the Obama commencement, and ask him to: 1) Hold a reparations Mass on May 17; 2) hold an alternate commencement on May 17; and 3) to tell Notre Dame that if they do not keep Obama from speaking, he will remove their standing as a Catholic University, until they remove Fr. Jenkins for this horrific rebellion to the Church, and betrayal of the babies the Church is commanded to defend. Again, his number in Fort Wayne is: (260) 422-4611; in South Bend, (574) 234-0687


Please send this email to your friends; ask them to join this holy quest. And ask them to pray for us. Like Gideon's army we are "weary, and yet pursuing."

For Jesus, Mary, and Joseph.

P.S. Please go to www.StopObamaNotreDame.com to see more of the news coverage of our requests of Bp. D'Arcy. If you agree, call the Bishop RIGHT NOW; thank him for what he has done, and ask him for the three-fold blessing:

By Aaron Organ
of The News-Sentinel [FORT WAYNE.COM]

Political and conservative religious activist Randall Terry was in town Wednesday, hoping to persuade Bishop John M. D'Arcy to use his pull to halt President Barack Obama's scheduled speech at the University of Notre Dame's commencement ceremony May 17.

Instead, D'Arcy refused to meet with Terry, a move that forced the founder of the pro-life group Operation Rescue to compose a list of requests on the spot and leave the letter with the bishop's staff.

Whether it works, time will tell.

“You have the premier political proponent of child killing in the Western hemisphere in Barack Obama speaking at the premier Catholic institution of the Western hemisphere,” said Terry, flanked by pro-life activists gathered outside the Fort Wayne Chancery, 1103 S. Calhoun St. “One supports life, the other supports the slaughter of the innocent; how can this be happening?”

What's more, published reports said Notre Dame will honor the president with an honorary degree, which D'Arcy said he didn't know about until a public announcement was made.

Terry listed on his letter to D'Arcy three requests:

♦Terry requests D'Arcy revoke, or threaten to revoke, Notre Dame's status as a Catholic university. D'Arcy, according to Terry, has that authority, and there is precedence for such an act. A message to spokesman Vince LaBarbera, director of communications for the Fort Wayne-South Bend diocese, was not returned this morning.

Terry wants D'Arcy to threaten the same fate for Notre Dame until or unless the university removes its president, the Rev. John I. Jenkins.

♦Terry asks D'Arcy to hold a reparations Mass at 2 p.m. May 17 - during Notre Dame's commencement proceedings. Reparations, Terry said, are religious pleas to God for mercy in exchange for promises to perform an act of repair for one's sins.

“(D'Arcy) said he's going to boycott - great, that's awesome,” said Terry. “Now give a chance for young people to join in the boycott and hold a reparations Mass asking God for forgiveness for what Notre Dame has done.”

♦Lastly, Terry challenged D'Arcy to hold an alternate commencement ceremony for Notre Dame seniors who join him in the boycott, and that he award them “Hero Diplomas.”

Terry's main argument is that D'Arcy is not using his full authority to challenge what he calls “the most seminal fight in the pro-life arena since Terri Schiavo's death,” and his focus is urging D'Arcy to take his boycott a bit further by using that authority.

“We're asking, we're encouraging him, you've gone this far, now take the last step,” said Terry. “Say to them, ‘if you do not cancel President Obama, I will revoke your name from the Catholic directory, until you dismiss Father Jenkins for his open defiance.' That's something he can do.”

Terry said Notre Dame's decision to invite Obama to its commencement was an obvious display that the university's moral compass is broken, and that it was a decision based primarily on prestige.

Now, it seems, Terry and his pro-life followers are hoping to use the power of voice and numbers to rally in what he calls “a defining moment for Catholic orthodoxy.”

“This is a fight of ideals, and it has real victims,” said Terry. “There are human beings dying right now under Obama's orders. Right now. To have him speak at Notre Dame at this time is utter treachery against Catholic orthodoxy and against human beings that are dying.

“If they think we're going to lay down and be quiet while they allow the rape of Catholic orthodoxy, they are sadly mistaken.”