SEVENTY BISHOPS PROTEST NOTRE DAME UNIVERSITY'S OBAMA INVITATION - WHAT IS NEXT FOR THE PRO-LIFE MOVEMENT IN THE UNITED STATES? 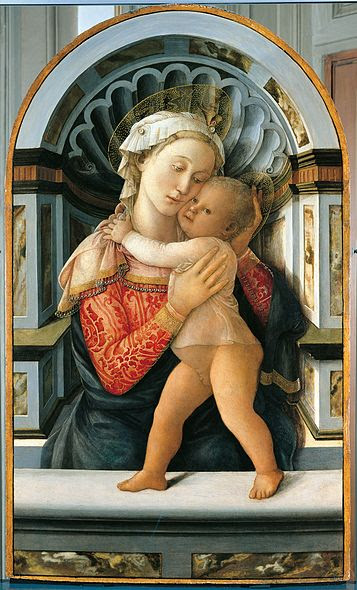 Approximately seventy Roman Catholic bishops
are reported to have issued public denunciations
of the decision of Notre Dame University
to invite Barry Soetoro/Barack Hussein Obama
to deliver the commencement address to the 2009 graduating
class of the University and to receive a honorary
doctor of laws degree on May 17.

Truly this is an historic development in the life of
the Roman Catholic Church in the United States.
Those who are not members of the Catholic Church
cannot appreciate the special place Notre Dame University
has occupied in the hearts and minds of Catholics generally
but especially in the hearts and minds of the bishops of
the United States. In large part it was a simple matter
of pride.

This place of pride undoubtedly started with the success
of Notre Dame football. As the University drew increasing
national attention to itself because of its football successes,
it also began to acquire respect as an institution of higher learning.
The University became a symbol of the growing importance
of Catholic laity in the professions and indeed in all
sectors of American society.

That unique status of Notre Dame began to be threatened
under the presidency of Father Theodore Hesburgh who,
consciously or not, began to move the University in the
same direction of secular humanism as all the other
major private universities of the Nation. The crucial
moment in that transition occurred when Hesburgh
invited Governor Mario Cuomo to speak at a
Notre Dame commencement just as Father John
Jenkins has invited Obama.

In the intervening years between the Cuomo and Obama
invitations there have been numerous actions by
the University which were tantamount to kicking sand in
the face of the U.S. Catholic hierarchy and laity.
What caused the 70 bishops to react now when they
have ignored the University”s transgressions in the past.

I suggest that there are several factors. First, the bishops have taken
a lot of blame for facilitating the election of Obama by the flawed voters guide which the USCCB issued before the election. Second, the bishops have taken a lot of blame for the failure of the pro-life movement to achieve more success; blame attributed
to them at the local level. The accusation was frequently heard that the bishops could be relied upon to issue strong statements at the national level through the USCCB, but back in their own dioceses their silence and inaction was a scandal to the pro-life Catholics. Third, the fallout from the pedophilia scandal and the bankruptcy of so many dioceses that had to pay huge sums to the victims, has made the bishops more
sensitive to criticism. And finally, there are an increasing number of conservative and courageous new bishops appointed by Pope Benedict and the willingness of these new bishops to speak up has encouraged some of the other timid bishops.

Some Catholics, active in the pro-life movement for many years and frustrated by the refusal of the American bishops to invoke the canonical penalty of Canon 915 by denying access to Holy Communion on the part of pro-abortion Catholic politicians, see the action of the seventy bishops who are protesting the Obama invitation by Notre Dame as an opening to put pressure on all of the bishops to do their duty under Canon 915. I think that that would be a mistake, as much as I would like to see that Canon invoked much more than it has been.

It would be as mistake because what has motivated many, if not most, of the seventy bishops to speak up has been the boldness with which the University has defied the express prohibition uttered by the Holy See and the USCCB against Catholic institutions of higher learning honoring politicians who are notorious for their support of abortion-on-demand. Of all such politicians Obama is surely the worse. Notre Dame’s honoring him
was, in a sense, the last straw. 350,000 Catholics saw it that way and signed petitions asking Notre Dame to withdraw the invitation. The bishops much surely have been impressed by that response by Catholic laity and were in turn emboldened by it.

I suggest that rather than the pro-life movement focusing at this time on a push to have more bishops invoke Canon 915, it would be far more opportune to urge the whole USCCB to now begin to take some action against ALL of the Catholic schools that honor
pro-abortion politicians. Just recently several Jesuit universities have imitated Notre Dame and have honored pro-abortion politicians, Georgetown University’s honoring Vice President Joseph Biden is an example.

The ultimate weapon which the bishops possess in their struggle with these renegade universities is he withdrawal of the right of a university to call itself “Catholic” and to remove the listing of the university from the Official Catholic Directory. No one wants to see it come to that, but the situation cannot be allowed to deteriorate as it has in reaching this low point of the the Obama honorary degree.

That pressure to bring the defiant universities back into orthodoxy combined with the hoped for increasing pressure on the American bishops by the Holy See should embolden more shy and introverted bishops to take action in withholding Holy Communion under Canon 915.
Leo Rugiens