EDWARD M. KENNEDY has been gone less than five months, but in political terms he is already ancient history. For 47 years he represented Massachusetts in the US Senate; in his home state, no one wielded greater influence or cast a longer shadow. As recently as a few weeks ago, it was taken for granted that the race for the seat he occupied for so long would be shaped unmistakably by his legacy.

But that's not the way this campaign has worked out. As Tuesday's special election approaches, Massachusetts voters are not being driven by their esteem for Kennedy's memory or by affection for his family. Indeed, far from advancing what Kennedy called the cause of his life -- universal health care -- hundreds of thousands of Bay State voters are fired up in supporting a candidate who promises to derail it. 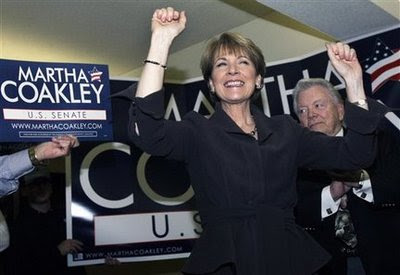 For the first time in two generations, the outcome of a US Senate campaign in Massachusetts is not a foregone conclusion. Whatever happens on Tuesday, this much is clear: Democrat Martha Coakley will not win in a cakewalk, and Republican Scott Brown will not be a sacrificial lamb. Heading into the final weekend, two of the country's most respected political handicappers -- Stu Rothenberg and Charlie Cook -- pronounced the Bay State Senate contest a "toss-up." A new Suffolk University poll showed Brown surging into the lead, with 50 percent of likely voters supporting him vs. 46 percent for Coakley.

How can this be happening? This is the bluest state of them all -- a state without a single Republican in Congress or in statewide office, a state Barack Obama won in a landslide. How can the Senate race be too close to call?

Part of the answer, of course, is that Brown has proved an engaging, upbeat, and indefatigable candidate, while Coakley's campaign has been plagued with gaffes and missteps. Her claim in last week's televised debate that the terrorists in Afghanistan are "not there anymore" suggested a dangerous naiveté on national security, while her huffy response when asked why she has been such a passive campaigner -- "As opposed to standing outside Fenway Park? In the cold? Shaking hands?" -- came across as sneering and elitist.

Political skill and local issues are certainly important. But ultimately the Massachusetts Senate campaign is not about Brown's personal appeal or Coakley's shortcomings on the stump. It is about something bigger. This race is a referendum on Barack Obama and the Democratic ascendancy in Washington. 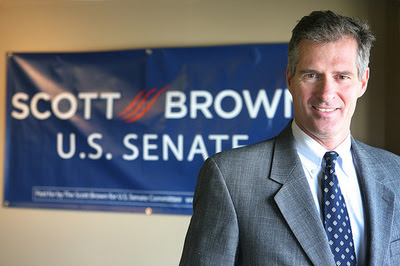 When Obama was inaugurated a year ago this week, he was hailed by his supporters as a political messiah who would transform American politics, ushering in a new era of hope and goodwill. Never had a new administration been greeted with such rapturous enthusiasm. "Obama's standing above the country, above the world," Newsweek editor Evan Thomas marveled. "He's sort of God."

What Obama and the Democrats delivered, however, was not uplifting and transparent bipartisanship.

It was trillion-dollar increases in government spending and debt. It was party-line votes on 2,000-page bills. It was "cash-for-cloture" backroom deals. It was tone-deaf boasts about millions of jobs "created or saved," even as unemployment soared into double digits and millions of American jobs disappeared.

Above all, it was the attempt to force through a radical health-care overhaul that would drive up the cost of medical insurance, slash Medicare by half a trillion dollars, sharply curtail individual autonomy, and subject one-seventh of the US economy to government micromanagement.

The more insistently Democrats in Congress and the White House have pushed ObamaCare, the more unpopular it has become -- and the more the president's approval ratings have sunk. In a CNN poll released last week, 48 percent of respondents say Obama's presidency has so far been a failure, while just 47 percent judge it a success. The latest CBS News survey measures only 46 percent approval for Obama -- his lowest rating to date, and a drop of 22 points since April. On his signature issue -- health care -- he has the support of a mere 36 percent of the public. Massachusetts residents are no exception: According to the new Suffolk poll, they oppose the health-care legislation by a ratio of 51 to 36.

A year ago, Americans were enchanted with their new president. Today they are suffering from severe buyer's remorse. Massachusetts may be the bluest state, but voters here are fed up too.