UNDER OBAMACARE, MARRIAGE IS OUT AND COHABITATION IS IN 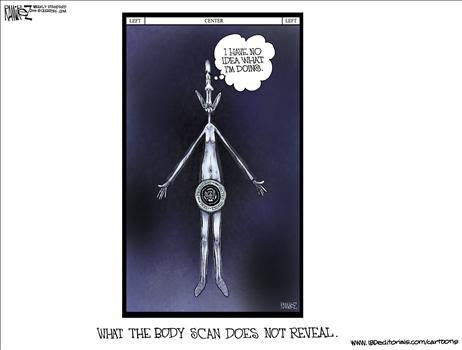 Marriage is a revered institution in America but not apparently under the Congressional health care legislation, which contains steep "marriage penalty" taxes, i.e. tax burdens that only get heavier when a couple says, "I do."

Under the Senate bill, if family income rises above a certain level, couples lose benefits or have to pay higher taxes. That's an incentive for dual-income couples to skip the marriage ceremony altogether and continue to file as singles. For cohabitators, the savings could amount to thousands of dollars a year.

Middle-class workers could get hit even harder. According to the Congressional Budget Office, a single individual earning $35,400 -- three times the poverty rate -- would be obligated to pay $3,611 for mandatory health insurance. But two such individuals, if married, would lose their eligibility for government subsidies and their mandatory health insurance payments would rise to $13,100 -- a whopping $5,878 annual marriage penalty.

An analysis done by Senator Charles Grassley of Iowa, ranking Republican on the Senate Finance Committee, finds that the Senate health bill "will cause the 7% of Americans who are eligible to receive the subsidy to pay more for health insurance just by getting married." Call it marital non-bliss.

"I've always argued," fumes former House Majority Leader Dick Armey, "that our tax code rewards vice and punishes virtue," with the marriage penalty being a typically perverse example. And ObamaCare would only make it worse.