SOMEONE PLEASE GIVE AL GORE A FUR COAT BEFORE HE FREEZES 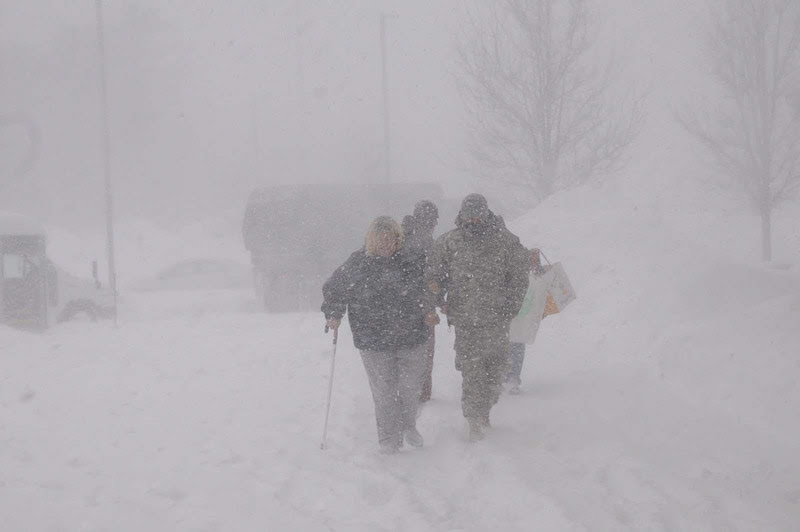 After a year of hype, the "Copenhagen Accord" didn't live up to its billing.

December's UN summit on climate change quickly disintegrated into a battle of competing national interests, culminating with the 200 participating nations leaving without a binding successor to the Kyoto Protocol.

In addition, there is no current plan to reach such an agreement, just a vague reference to the next major UN climate change conference, scheduled to take place late this year in Mexico, where it should be warmer than Copenhagen in December turned out to be.

The Accord was hurriedly hammered out in the eleventh hour after infighting had threatened to scuttle negotiations and thereby rain on the parade of the late-arriving Barack Obama. In the end, the main players were Obama and Chinese Premier Wen Jiabao, leaving many other nations feeling as though they had been shut out of the process altogether.

While that may be the case, it is all but irrelevant, given that the final document does not obligate anyone to do anything. In essence, the agreement calls for both wealthy and developing nations to make a list of common goals (which is unlikely, given the fact that they could not agree at the conference), with some means for an international bureaucracy to oversee "progress."

Wealthy nations also pledged to give $30 billion to help developing nations deal with climate change, with an eye to giving $100 billion annually by 2020. Leaders, however, were vague (not surprising in this economic climate) about the sources for this money.

Finally, the pièce de résistance: a "vow" to keep the global average temperature from rising more than 3.6 degrees Fahrenheit over estimated pre-industrial levels. Of course, if we could control that, the summit would have been completely unnecessary.

This is a big blow to those hoping for a financial windfall. Climate change has become big business (as Al Gore's growing bank account will attest), and those with money to invest in lower-carbon technologies are not going to be so quick to put their hands in their pockets for a pact that isn't legally binding.

About That Carbon Dioxide...

The e-mail scandal at the University of East Anglia; Al Gore's misstatements of fact in Copenhagen; the coldest winter since little Algore pulled on his first pair of 'jammies -- the myth of man-made climate change is falling apart piece by piece, and the latest blow is a new study out of England, where scientists are relying not on computer-generated models of the Earth, but the real thing.

Wolfgang Knorr of the University of Bristol's Department of Earth Sciences has found that in the past 160 years the Earth's absorption of carbon dioxide (CO2) has remained unchanged. In fact, Knorr's study found that only 45 percent of carbon emissions caused by man's progression (including industrialization) remains in the atmosphere as opposed to the 100 percent that the warmers are claiming.

Warming "science" is based largely on the supposition that the Earth can take only so much CO2, and that once its limit has been reached, we're cooked. But more and more dissenters, who had been silenced for several years by the media and ostracized by colleagues, are now stepping forward. Their position is that the Earth's ecosystems are much more complex and robust than we understand, and that computer systems used by scientists crying climate change are limited in their comprehension -- better known by people with common sense as garbage in, garbage out.

Meanwhile, with winter hardly a month old, just as in March 2009, when a snowstorm buried the "civil disobedience" climate change protest in Washington, DC, Mother Nature is weighing in now with record cold temperatures and snowfall around the nation. In fact, Joe Bastardi of Accuweather.com is predicting that the winter of 2010 will be the most severe in 25 years. Gore had better schedule the next protest during the summer.