MY NEW GRADING SYSTEM WILL MEAN THAT SOME PEOPLE WILL NOT GET INTO LAW SCHOOL OR MEDICAL SCHOOL OF THEIR CHOICE, BUT WE WILL ALL FEEL NEW HOPE 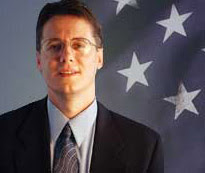 Good afternoon students! I’m writing you this email to announce that I’m making some changes in the grading policies I announced two weeks ago when I sent an email with an attached course syllabus. As you know, we now have a new president and I thought it would be nice to align our class policies with some of the policies he will be implementing over the next four years. These will be changes you can believe in and, I hope, changes that will inspire hope, which is our most important American value.

My point, rather obviously, is that any points above 90 are really not needed since you have an “A” regardless of whether you score 90 or 99. Nor am I convinced that you need to “save” those points for a rainy day. Those who are failing, however, need the points – not unlike the failing banks and automakers that need money to avoid the danger of bankruptcy.

After our second examination, I intend to take a more complex approach to the practice of grade redistribution. I will not be looking at your second test scores but, instead, at the average of your first two test scores. In the process, I may well decide to start taking some points from students in the “B” range. For example, if someone has an average of 85 after two tests I may take a few points and give them away to someone who is failing or who is in danger of failing. I think this is fair because the person with an 85 average is probably unlikely to climb up to an “A” or fall down to a “C.” I may be wrong in some individual cases but, of course, my principal concern is not the individual.

By the end of the semester I will abandon any formal guidelines and just redistribute points in a way that seems just, or fair, to me. I will not rely upon any standards other than my very strong and passionate feelings concerning social justice. In the process, I will not merely seek to eliminate inequality. I will also seek to eliminate the possibility of failure.

I know some are concerned that my system may impact their lives in a very profound way. Grade redistribution will undoubtedly cause some grade point average redistribution. And this, in turn, will mean that some people will not get into the law school or medical school of their choice. Or maybe some day you will be represented by a lawyer – or operated on by a doctor – who is not of the highest quality.

These are all, of course, legitimate long-term concerns. But I believe we need to remain focused on the short term. I think my new system will immediately help the self-esteem of those failing or in danger of failing. It should also help the self-esteem of those who are not in danger of failing. After all, it just feels good to give – even if the giving is compelled and not really “giving” in the literal sense.

Finally, I want to note that this idea was also inspired by a former presidential candidate named George McGovern. In a debate with the late William F. Buckley, McGovern said that people who earn more money should pay more taxes. Buckley replied that the rich do pay more in taxes – and more as a percentage of their income. McGovern looked confused.

But I don’t think there’s anything confusing about our pending social responsibilities. Whether we are talking about income or grades it does not matter how much or what percentage we are giving. The question is and should always be “Can we give more?”

Mike S. Adams was born in Columbus, Mississippi on October 30, 1964. While a student at Clear Lake High School in Houston, TX, his team won the state 5A soccer championship. He graduated from C.L.H.S. in 1983 with a 1.8 GPA. He was ranked 734 among a class of 740, largely as a result of flunking English all four years of high school. After obtaining an Associate’s degree in psychology from San Jacinto College, he moved on to Mississippi State University where he joined the Sigma Chi Fraternity. While living in the fraternity house, his GPA rose to 3.4, allowing him to finish his B.A., and then to pursue a Master’s in Psychology. In 1990, he turned down a chance to pursue a PhD in psychology from the University of Georgia, opting instead to remain at Mississippi State to study Sociology/Criminology. This decision was made entirely on the basis of his reluctance to quit his night job as member of a musical duo. Playing music in bars and at fraternity parties and weddings financed his education. He also played for free beer.

Upon getting his doctorate in 1993, Adams, then an atheist and a Democrat, was hired by UNC-Wilmington to teach in the criminal justice program. A few years later, Adams abandoned his atheism and also became a Republican. He also nearly abandoned teaching when he took a one-year leave of absence to study law at UNC-Chapel Hill in 1998. After returning to teach at UNC-Wilmington, Adams won the Faculty Member of the Year award (issued by the Office of the Dean of Students) for the second time in 2000.

After his involvement in a well publicized free speech controversy in the wake of the 911 terror attacks, Adams became a vocal critic of the diversity movement in academia. After making appearances on shows like Hannity and Colmes, the O’Reilly Factor, and Scarborough Country, Adams was asked to write a column for Townhall.com.

Today he enjoys the privilege of expressing himself both as a teacher and a writer. He is also an avid hunter and reader of classic literature. He published his first book, Welcome to the Ivory Tower of Babel, in 2004. His second book, Feminists Say the Darnedest Things, was published in 2008.


Barack Hussein Obama aka Barry Soetoro
is not eligible to be President of the United States
because he is not a Natural Born Citizen
as required by Article Two, Section One, Clause Five
of the United States Constitution regardless of
where he was born (Mombassa, Hawaii, Chicago,the moon)
because he was not born of TWO PARENTS
BOTH OF WHOM WERE UNITED STATES CITIZENS
at the time of his birth. His father was a citizen/subject
of Kenya/Great Britain.
Check it out: