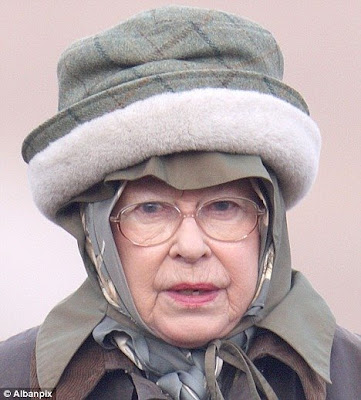 Time after time the has imported a lot of things from . Of course, we began as a Nation with the whole corpus of common law and culture from the Country against which the Founding Fathers of our Country rebelled. We share the same language. Our literature, our movies, our music (the Beatles) and so much that is good has come to us from . But also, so much that is bad has come to us from also. Abortion-on-demand began in and was soon imported to and from there, thanks to the U.S. Supreme court it became the law of the land when that Court gave us Roe v Wade. More recently the English national health system (if it is correct to call that disaster a system) has served as the inspiration for the current efforts of Obama, Pelosi and Reid, Inc. to introduce it here. The disaster of English multi-culturism is being imitated here more and more. Therefore, it is interesting to read the following editorial which appeared on January 6, 2009 in ’s DAILY MAIL newspaper:

A victory for the hysterical Oprah Winfrey, the mad racist preacher Jeremiah Wright, the US mainstream media who abandoned any sense of objectivity long ago, Europeans who despise America largely because they depend on her, comics who claim to be dangerous and fearless but would not dare attack genuinely powerful special interest groups.

A victory for Obama-worshippers everywhere.

A victory for the cult of the cult. A man who has done little with his life but has written about his achievements as if he had found the cure for cancer in between winning a marathon and building a nuclear reactor with his teeth.

Victory for style over substance, hyperbole over history, rabble-raising over reality.

A victory for , the most dysfunctional community in the world. Victory for Streisand, Spielberg, Soros, Moore, and Sarandon. Victory for those who prefer welfare to will and interference to independence. For those who settle for group think and herd mentality rather than those who fight for individual initiative and the right to be out of step with meager political fashion.

Victory for a man who is no friend of freedom. He and his people have already stated that media has to be controlled so as to be balanced, without realizing the extraordinary irony within that statement. Like most liberal zealots, the Obama worshippers constantly speak of Fox and Limbaugh, when the vast bulk of television stations and newspapers are drastically liberal and anti-conservative. Senior Democrat Chuck Schumer said that just as pornography should be censored, so should talk radio. In other words, one of the few free and open means of popular expression may well be cornered and beaten by bullies who even in triumph cannot tolerate any criticism and opposition.

A victory for those who believe the state is better qualified to raise children than the family, for those who prefer teachers' unions to teaching and for those who are naively convinced that if the West is sufficiently weak towards its enemies, war and terror will dissolve as quickly as the tears on the face of a leftist celebrity.

A victory for social democracy even after most of has come to the painful conclusion that social democracy leads to mediocrity, failure, unemployment, inflation, higher taxes and economic stagnation.