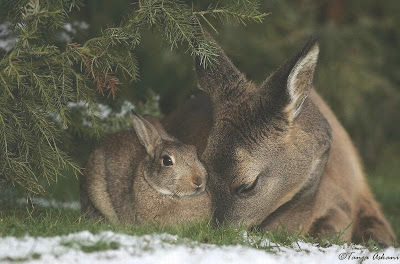 In November, 13,402,566 California voters expressed themselves for or against Proposition 8, which said that their state's Constitution should be amended to define marriage as a relationship between a man and a woman. The voters, confident that they had a right to decide this question by referendum, endorsed Proposition 8 by a margin of 52.3 to 47.7 percent.

Brown's audacious argument is a viscous soup of natural-law and natural-rights philosophizing, utterly untethered from case law. It is designed to effect a constitutional revolution by establishing an unchallengeable judicial hegemony. He argues that:

The not-really-sovereign people cannot use the constitutionally provided amendment process to define the scope of rights enumerated in the Constitution; California's judiciary, although established by the state's Constitution, has the extra-constitutional right to supplement that enumeration by brooding about natural law, natural justice and natural rights, all arising from some authority somewhere outside the Constitution; the judiciary has the unchallengeable right to say what social policies are entailed by or proscribed by the state Constitution's declaration of rights and other rights discovered by judges.
ad_icon

What is natural justice? Learned and honorable people disagree. Which is why such consensus as can be reached is codified in a constitution. But Brown's reasoning would make California's Constitution subordinate to judges' flights of fancy regarding natural justice. Judges could declare unconstitutional any act of Constitution-revising by the people.

In a brief responding to Brown's, Kenneth Starr -- former federal judge, former U.S. solicitor general, current dean of Pepperdine University Law School -- notes the absurd consequences of the proposition that "the people can never amend the Constitution to overrule judicial interpretations of inalienable rights." Long ago, a California court struck down a Sunday closing law because "it infringes upon the liberty of the citizen, by restraining his right to acquire property." And a court struck down a law against scalping theater tickets because it violated rights "inherent in every natural person." By Brown's reasoning, judges could declare unconstitutional any constitutional amendment revising these judicial judgments.

Passing laws by referenda is an imprudent departure from the core principle of republican government -- representation: The people do not decide issues, they decide who shall decide. But the right of Californians to make laws through the direct democracy of referenda is as firmly established as it is promiscuously exercised.

In 2000, voters passed Proposition 22, enacting a law stipulating that marriage is a heterosexual relationship. Last May, California's Supreme Court struck down the law on the ground that there is no "compelling state interest" in not recognizing same-sex marriages under the constitutional clause guaranteeing "equal protection" of the laws. Opponents of same-sex marriage quickly gathered sufficient signatures to place on the November ballot the amendment to the constitution.

The breadth and depth of California's toleration regarding sexual lifestyles refute the worry that gays are a vulnerable minority menaced by majoritarian tyranny. Proposition 8 merely restored to California law the ancient and nearly universal definition of marriage, a definition resoundingly endorsed by the U.S. Congress (85 to 14 in the Senate, 342 to 67 in the House) and written into the laws of 47 other states. California advocates of erasing the right to same-sex domestic partnerships could not even get sufficient signatures to put their measure on the November ballot.

Just eight years ago, Proposition 22 was passed, 61.4 to 38.6 percent. The much narrower victory of Proposition 8 suggests that minds are moving toward toleration of same-sex marriage. If advocates of that have the patience required by democratic persuasion, California's ongoing conversation may end as they hope. If, however, the conversation is truncated, as Brown urges, by judicial fiat, the argument will become as embittered as the argument about abortion has been by judicial highhandedness.

Brown's reasoning would establish an unassailable tyranny of a minority -- judges -- over any California majority. Brown, 70, California's former and perhaps future governor, once was a Jesuit seminarian. One American Heritage dictionary definition of "jesuitical" is "given to subtle casuistry"; one of that dictionary's definitions of "casuistry" is "specious or excessively subtle reasoning to rationalize or mislead." These definitions, although unfair to Jesuits, are descriptive of Brown's argument.

Of Judges, By Judges, For Judges
By George F. Will
THE WASHINGTON POST
Thursday, January 15, 2009; Page A19