AVE ATQUE VALE PRESIDENT GEORGE W. BUSH. NO, HE IS NOT DEAD! BUT HIS PRESIDENCY IS OVER, AND HE HAS DEPARTED WASHINGTON FOR HIS BELOVED TEXAS 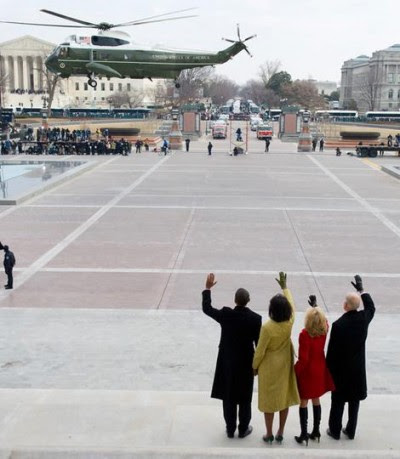 Indeed, “Hail and Farewell” to President George W. Bush. He has not died, but his Presidency has ended and he is back in Texas. I am glad to see him gone from Washington, both for his sake and the sake of our Nation. No, I am not a Bush-hater! On the contrary, I voted for him when he ran for Governor of Texas and I voted for him when he ran for the Presidency of our Nation. I would classify myself as a “Critical Supporter” of the Bush Presidency.

He made mistakes, but what president did not make mistakes. He is no intellectual, but he brought common sense to the office of president and he brought courage and decency. His greatest legacy will be that he kept Americans and American soil free from further attack by terrorists. September 9/11 will not be blamed on him by history; it will be blamed on the administration of William Jefferson Clinton since it had been in preparation for years and occurred just nine months after Bush was sworn in as President.

The Iraq War itself was not a mistake, even though serious mistakes were made during the first three years of the war. It has been won and the world will be a better place with a democratic regime in place in that strategic corner of the world. Bush was wrong to state last week that he was wrong on the subject of Saddam Hussein possessing weapons of mass destruction. Hussein was successful in getting rid of them before the invasion by US forces, but it is an historical fact that he had them and used them against his own people, the Kurds.

The Bush-haters have made much of the cost of the Iraq War, but the truth is that much of the money spent on the War benefited the American people. The billions of dollars spent in payment of our troops, for example, came back to the U.S. in savings or in family suppport. Similarly most of the materiel of the war was manufactured in the U.S. by American workers who were paid for their labor. I hope that one of the Washington ‘think tanks’ does an analysis of the cost of the war and to what extent the money stayed in the U.S.

I believe that George W. Bush is going to receive the same kind of judgment by history that Harry Truman has received. During his presidency Truman was contemptuously regard by the Eastern Establishment as “that haberdasher from Kansas City, product of the Prendergast machine.” His Presidency, marked by the historic success of the Marshall Plan and the saving of Europe from the almost total destruction of the Second World War.

Good old Harry Truman was correct when, echoing Mark Twain, he observed, “My choices early in life were either to be a piano player in a whorehouse or a politician. And to tell the truth, there's hardly any difference.”

AND SO, after the majestic, hopeful, and deeply stirring ceremony with which American democracy renews itself every four years, the Bush administration is history. President Obama thanked his predecessor "for his service to our nation," but for most Americans the departure of the 43rd president came none too soon. Except for Richard Nixon, no president since World War II has departed with higher disapproval ratings than George W. Bush: 61 percent, according to Gallup's final survey last week. Indeed, for years it has been fashionable on the left to proclaim Bush the worst president ever -- or as a Harper's headline put it last spring: "Worst. President. Ever."

By all accounts, Bush is neither bitter nor self-pitying about being so unloved. That is partly a function of his personality -- in his last press conference, he described self-pity as "pathetic" -- and partly the result of being widely read in presidential history and knowing that it will not be his contemporary critics who render the final verdict on his presidency.

In a stern summing-up this week, the Economist observed that “the Bush family name, once among the most illustrious in American political life,” is now hopelessly “tainted.” Perhaps. Then again, quite a few storied American brands are badly underrated these days. Sooner or later, their market values will climb. Bush’s reputation will too.

Nothing did more damage to Bush's popularity, or more inflamed his opponents, than the war in Iraq. Harry Reid, the Senate's Democratic leader, spoke for countless Americans when he called it "the worst foreign policy mistake in the history of this country." Barack Obama would almost certainly not be president today had it not been for his fervent opposition to the war during the Democratic primary campaign.

But wars are ultimately judged less by how they unfold than by how they end, and this war appears to be ending in a clear victory for the United States. The conduct of the war in its first years was badly flawed and cost many lives, but the Iraq Bush leaves to his successor is largely unified, stable, and free -- an infinite improvement over the dangerous hellhole he inherited in 2001.

The new commander-in-chief acknowledged yesterday that we are at "war against a far-reaching network of violence and hatred." Among his predecessor's signal accomplishments are two great turning points in that war: the fall of Saddam Hussein and the defeat of the Islamist terrorists who chose to make Iraq the central battlefield of their jihad against civilization. Whatever he may have said as a candidate, the new president realizes that his mission in Iraq is not to undo Bush's handiwork, but to preserve it.

The Bush presidency had its failures too, of course. Perhaps the saddest -- and most ironic -- is reflected almost daily in the hyperpartisan shrillness of our national politics.

It is hard to remember now, but Bush originally ran for president on an agenda of restoring courtesy and goodwill to the political sphere. He promised to end the "arms race of anger" in Washington, and pointed to his record of bipartisanship in Texas, where he had won re-election as governor with 70 percent of the vote -- and with the endorsement of the state’s highest-ranking Democrat. "I have no stake in the bitter arguments of the last few years," Bush told the 2000 Republican convention in Philadelphia. "I want to change the tone of Washington to one of civility and respect."

Needless to say, things didn't work out that way. Some of that was Bush's fault. As the Washington Post's E.J. Dionne wrote the other day, Bush "was better at announcing policies than explaining them" and "never really engaged his opponents." Despite the tenuous nature of his 2000 victory, he often acted as though he had won a mandate for a sweeping agenda most Democrats opposed.

But it's also true that many of Bush's bitterest foes, including some in the media, never gave him a chance. It became commonplace to describe the 2000 election as "stolen" and the Bush presidency as illegitimate. Democratic candidates vied to outdo each other in anti-Bush invective. For many, "Bush hater" became a label to wear with pride.

Now it is Obama's turn to try and bank the fires of partisan rancor. "The stale political arguments that have consumed us for so long no longer apply," he said in his inaugural address, one day after hosting dinners to honor Republicans John McCain and Colin Powell. The 44th president and the 43rd embraced each other before the swearing-in, and embraced again afterward. Presidential inaugurations nearly always engender uplifting feelings; sustaining those feelings is a different story. Bush hoped -- alas, in vain -- to be "a uniter, not a divider." May Obama be blessed with greater success.