THE CULTURAL REVOLUTION HAS GAINED MOMENTUM SINCE JANUARY 20, 2009, HOLD ON TIGHT WE ARE IN FOR A ROUGH RIDE 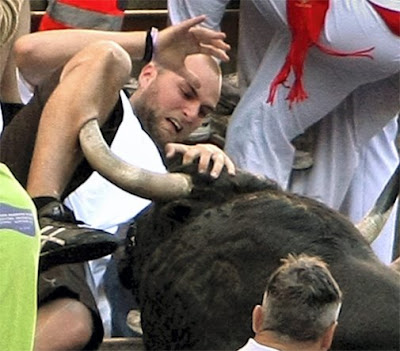 This inaugural week included a massive achievement in American racial history, an outpouring of civic participation and a gracious executive transition on both sides. But amid the celebration one could detect double standards all around.

If the outcome had been different in November, would John McCain's inaugural coverage have been quite as worshipful as President Obama's -- during which the "shiver" up the leg of journalists finally became full-fledged convulsions? Why were the biblical references in Obama's inaugural speech not considered a coded assault on the Constitution, as George W. Bush's were sometimes viewed? And I can only imagine the cascades of hilarity and derision that would have come had Bush messed up the inaugural oath, no matter the cause.

But a sense of victimhood is not attractive from any political perspective. And so, in honor of the "era of responsibility," I put aside such childish things.

Yet this week did clarify the contrast between two types of Obama enthusiasm -- one admirable, the other insufferable.

The first kind of enthusiasm concerned Obama's racial background. It was reflected in the untethered joy of the Rev. Joseph Lowery's benediction -- the joy of victory against centuries of racism, violence, cruel humiliation and stolen labor, in a nation where once one in six Americans was owned by another.

A few days before the inauguration, I spoke with Rep. John Lewis, who, at 23, preceded Martin Luther King to the lectern at the March on in 1963. On that day Lewis was impatient, demanding "we want our freedom and we want it now" in a speech that had to be toned down before delivery. "We had faith and confidence," he assured me. But at the time, the obstacles were massive. "Black men with doctoral degrees," he recalled, "were flunking the so-called 'literacy test' -- being asked to count the number of bubbles in a bar of soap or the number of jelly beans in a jar."

"This is one of the finest periods in American history, to see the distance we have come in such a short period of time," he concluded. "Some force -- call it the spirit of history or God Almighty -- is intervening."

Any American with a sense of history should feel that sense of awe. Minorities of every background must feel it most deeply. As the father of multiracial children, I feel it deeply enough.

But there was a second, less sympathetic, Obama enthusiasm at work. In a Newsweek essay, Michael Hirsh mentioned Obama's racial achievement. But he went on to say that "there's something else that I'm even happier about -- positively giddy. . . . What Obama's election means, above all, is that brains are back." Hirsh declared that the Obama era means the defeat of "yahooism" and "jingoism" and "flag-pin shallowness" and "religious zealotry" and "anti-intellectualism." Obama is a "guy who keeps religion in its proper place -- in the pew."

There is much to unpack here. Can it be that Hirsh is "even happier" about the advance of liberal arrogance than he is about the advance of racial justice? And would the civil rights movement have come at all if African American religion had stayed "in the pew"? But suffice it to say that some wish to interpret the Obama victory as a big push in the culture war -- as an opportunity to attack their intellectual and cultural "inferiors."

Most of us have witnessed this attitude, usually in college. The kids who employed contempt instead of argument, who shouted down speakers they didn't agree with, who thought anyone who contradicted them had a lower IQ, who talked of "reason" while exhibiting little of it. They were often not the brightest of bulbs. Most people recover from this childish affliction. Some do not.

President Obama showed unfortunate hints of this attitude during the campaign, in criticizing those who "cling to guns or religion." But he won the presidency, in part, by effectively blunting this edge of disdain -- by extinguishing the culture war with his soothing manner and pragmatism instead of igniting it with liberal arrogance and bitterness. And that kind of ideological smallness is perhaps the greatest threat to the broad coalition of Americans that Obama will need in the coming days of challenge.

So this week I stand firmly with Lewis's joy and against Hirsh's contempt. And I offer my own inaugural prayer: God bless President Obama -- and God save him from some of his supporters