THE VINDICATION OF GEORGE W. BUSH IN HISTORY HAS ALREADY STARTED AND IS BEING LED BY NONE OTHER THAN BARACK HUSSEIN OBAMA 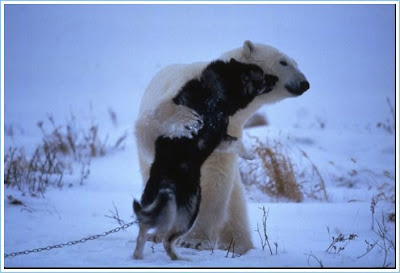 Vindication is being expressed not in words but in deeds -- the tacit endorsement conveyed by the Obama continuity-we-can-believe-in transition. It's not just the retention of such key figures as Secretary of Defense Bob Gates or Treasury Secretary nominee Timothy Geithner, who, as president of the New York Fed, has been instrumental in guiding the Bush financial rescue over the last year. It's the continuity of policy.

It is the repeated pledge to conduct a withdrawal from Iraq that does not destabilize its new democracy and that, as Vice President-elect Joe Biden said just this week in Baghdad, adheres to the Bush-negotiated status of forces agreement that envisions a U.S. withdrawal over three years, not the 16-month timetable on which Obama campaigned.

It is the great care Obama is taking in not pre-emptively abandoning the anti-terror infrastructure that the Bush administration leaves behind. While still a candidate, Obama voted for the expanded presidential wiretapping (FISA) powers that Bush had fervently pursued. And while Obama opposes waterboarding (already banned, by the way, by Bush's CIA in 2006), he declined George Stephanopoulos' invitation (on ABC's "This Week") to outlaw all interrogation not permitted by the Army Field Manual. Explained Obama: "Dick Cheney's advice was good, which is let's make sure we know everything that's being done," i.e., before throwing out methods simply because Obama campaigned against them.

Obama still disagrees with Cheney's view of the acceptability of some of these techniques. But citing as sage the advice offered by "the most dangerous vice president we've had probably in American history" (according to Joe Biden) -- advice paraphrased by Obama as "we shouldn't be making judgments on the basis of incomplete information or campaign rhetoric" -- is a startlingly early sign of a newly respectful consideration of the Bush-Cheney legacy.

Not from any change of heart. But from simple reality. The beauty of democratic rotations of power is that when the opposition takes office, cheap criticism and calumny will no longer do. The Democrats now own Iraq. They own the war on al-Qaeda. And they own the panoply of anti-terror measures with which the Bush administration kept us safe these last seven years.

Which is why Obama is consciously creating a gulf between what he now dismissively calls "campaign rhetoric" and the policy choices he must now make as president. Accordingly, Newsweek -- Obama acolyte and scourge of everything Bush/Cheney -- has on the eve of the Democratic restoration miraculously discovered the arguments for warrantless wiretaps, enhanced interrogation and detention without trial. Indeed, Newsweek's neck-snapping cover declares, "Why Obama May Soon Find Virtue in Cheney's Vision of Power."

Obama opposed the war. But the war is all but over. What remains is an Iraq turned from aggressive, hostile power in the heart of the Middle East to an emerging democracy openly allied with the United States. No president would want to be responsible for undoing that success.

In Iraq, Bush rightly took criticism for all that went wrong -- the WMD fiasco, Abu Ghraib, the descent into bloody chaos in 2005-06. Then Bush goes to Baghdad to ratify the ultimate post-surge success of that troubled campaign -- the signing of a strategic partnership between the U.S. and Iraq -- and ends up dodging two size-10 shoes for his pains.

Absorbing that insult was Bush's final service on Iraq. Whatever venom the war generated is concentrated on Bush himself. By having personalized the responsibility for the awfulness of the war, Bush has done his successor a favor. Obama enters office with a strategic success on his hands -- while Bush leaves the scene taking a shoe for his country.

Which is why I suspect Bush showed such equanimity during a private farewell interview at the White House a few weeks ago. He leaves behind the sinews of war, for the creation of which he has been so vilified but which will serve his successor -- and his country -- well over the coming years. The very continuation by Democrats of Bush's policies will be grudging, if silent, acknowledgement of how much he got right.