OBAMA IS OUT TO MAKE VEGETARIANS OF ALL OF US 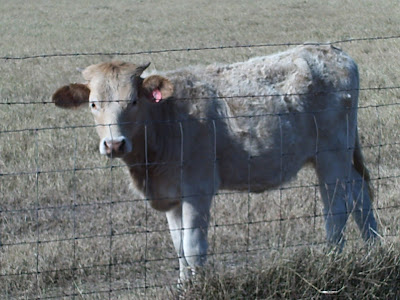 Why the Obama White House May Go to the Dogs
(and the Cows, and the Deer, and the Lab Rats)

Forget about Barack Obama's income tax-challenged Treasury Secretary or the conflict of interest controversy at the State Department. The most outrageous Obama appointee just might be Cass Sunstein, a Harvard Law School professor who's flying under everyone's radar and into a job that hardly anyone has ever heard of.

Cass Sunstein is slated to run the White House's Office of Information and Regulatory Affairs. He's going to be America's chief "regulatory czar." And shocking new research from the Center for Consumer Freedom shows that he's a dedicated animal-rights zealot.

Hold on to your sirloin.

The anti-meat nuts at People for the Ethical Treatment of Animals (PETA) and the anti-hunting lobbyists at the Humane Society of the United States (HSUS) used to think that putting Dennis Kucinich in the White House would be their best hope of wielding real power in Washington . But even they didn't see Cass Sunstein coming. Sunstein has the legal mind of Chief Justice John Roberts and the animal-rights agenda of PETA president Ingrid Newkirk.

We're not talking about animal welfare---the idea of making sure we don't cause animals unnecessary suffering when we use them for food, clothing, entertainment, or lifesaving medical research. Sunstein believes in animal rights---the notion that people shouldn't "own" or "use" animals at all, for any purpose, no matter what the stakes are for mankind.

Cancer research? Not if lab rats are used against their will.

Hunting? Absolutely forbidden, especially if it's for sport.

Leather jackets? The cows need their skin more that you do.

Seeing-eye dogs? They're nothing more than slaves.

And that T-bone steak? Fuhgeddaboudit! If animals have any "rights" at all, the right to not be your dinner is at the top of the list.

All of this makes perfect sense to Cass Sunstein, who organized the "Chicago Project on Animal Treatment Principles" at the University of Chicago. He will soon have the political authority to push for a radical overhaul of the way the federal government regulates everything Americans do with animals.

How radical? Sunstein supports making sport hunting illegal, and completely phasing out the consumption of meat. And if that's not nutty enough, he's actually in favor of giving animals the legal right to sue people.

"[A]nimals should be permitted to bring suit, with human beings as their representatives ... Any animals that are entitled to bring suit would be represented by (human) counsel, who would owe guardian like obligations and make decisions, subject to those obligations, on their clients' behalf."

Conservative commentators have been openly fretting that Barack Obama may try to turn welfare entitlements and single-payer healthcare into a new Bill of Rights. But Cass Sunstein threatens to expand the whole concept of "rights" to include the rest of the animal kingdom.

That fish wriggling at the end of your hook could soon be a federal offense (if the fish doesn't file a lawsuit first). Don't say we didn't warn you.

Find out more at ConsumerFreedom.com.