"THE JEWS ARE OUR DOGS" 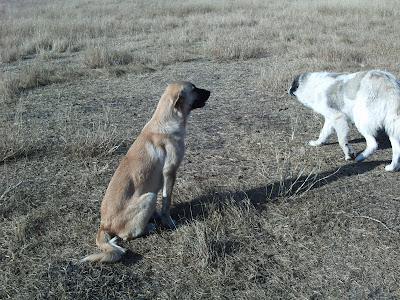 ... or "The Jews are our dogs": The enthusiastic chant on the streets of Montreal, along with cries of "Hezbollah! Nasrallah!"

It's easy to think all this stuff is just about the Jew troublemakers, and who cares about them, right? But the thuggery on display in western cities is meant to intimidate not the despised Jew dogs but a more general audience — and it seems to be doing the job. Powerline notes the bizarre response from the French government to a Molotov cocktail attack on a synagogue in St-Denis:

Interior Minister Michele Alliot-Marie said France has faced a "very clear increase" in anti-Semitic and anti-Muslim attacks since Israel started an offensive against the militant group Hamas in Gaza on Dec. 27.

Would it be too much for a French reporter to ask Mme Alliot-Marie to provide an example of an "anti-Muslim attack" since December 27th? None seems to have been reported in the French press, unlike the daily attacks on synagogues, kosher butchers, schools, and individual Jews in Paris, Toulouse, Bordeaux, etc. So the Interior Minister would appear to be promoting a wholly false equivalence. Why would she do this?

Well, halfway through the Montreal video, you'll briefly see the demonstrators taunt the police, daring them to enforce their authority. For a clearer picture, look at this "pro-Palestinian" protest in London and the Metropolitan Police retreating in the face of a crowd jeering, "Run, run, you cowards!" and "Fatwa!" The west's deluded multiculti progressives should understand: In the end, this isn't about Gaza, this isn't about Jews. It's about you.