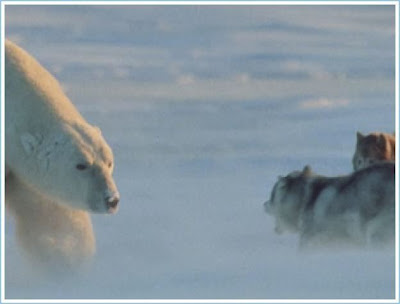 Absolutely freaking amazing. People have found a way to conclude that the current cold affecting most of America is due to global warming. It is Winter, idiots. Contrary to fact that global temperatures have been steadily cooling since the 1940’s, environmentalists have created a whole industry centered around the lie that mankind has some influence on weather.

As far as what has been reported to the public, we humans have no way to decrease or increase the planet’s temperature. Barely a footnote in the media, is all the research that has been underway for years to, in fact- change the weather.

“The US and Russia have developed capabilities to manipulate the climate for military use. Environmental modification techniques have been applied by the US military for more than half a century. US mathematician John von Neumann, in liaison with the US Department of Defense, started his research on weather modification in the late 1940s at the height of the Cold War and foresaw ‘forms of climatic warfare as yet unimagined’. ” http://ppjg.wordpress.com/2008/03/04/haarpintentional-weather-manipulations/

I find it much more likely indeed that, “The US military has developed advanced capabilities that enable it selectively to alter weather patterns. The technology, which is being perfected under the High-frequency Active Auroral Research Program (HAARP), is an appendage of the Strategic Defense Initiative – ‘Star Wars’. “

Established in 1992, HAARP, based in Gokona, Alaska, is an array of high-powered antennas that transmit, through high-frequency radio waves, massive amounts of energy into the ionosphere (the upper layer of the atmosphere). Their construction was funded by the US Air Force, the US Navy and the Defense Advanced Research Projects Agency (DARPA). Operated jointly by the Air Force Research Laboratory and the Office of Naval Research, HAARP constitutes a system of powerful antennas capable of creating ‘controlled local modifications of the ionosphere’. According to its official website, http://www.haarp.alaska.edu/ There is also an interesting link to an article on Weather Warfare by Michel Chossudovsky, The Ecologist, December 2007 that merits a glance at http://globalresearch.ca/articles/haarpecologist.pdf.

While we expect Sarah Palin’s Alaska to be cold http://www.mountainweather.com/alaska.htm “Extreme temperatures — in Johnson’s case about 60 below zero — call for extreme measures in a statewide cold snap so frigid that temperatures have grounded planes, disabled cars, frozen water pipes and even canceled several championship cross country ski races. http://news.yahoo.com/s/ap/20090108/ap_on_re_us/alaska_extreme_cold

We’ve seen snow in Las Vegas and even in Hawaii this Winter. The odds makers must be realigning statistics that it will happen again based on reports from the National Climatic Data Center. This will be America’s coldest year since 1997, thanks to La Niña and precipitation in the central and eastern states. Throw in the Sun’s Solar quiet and we see another reason for global cooling- not global warming. Sunspots and solar radiation are approaching the minimum in the Sun’s cycle, corresponding with lower Earth temperatures. National Snow and Ice Data Center has found that the extent of Artic sea ice has expanded by 13.2 percent over last year. This 270,000 sq mile growth in Arctic sea ice is just slightly larger than Texas’s 268,820 square miles. http://article.nationalreview.com/?q=NGYzMzA2MzEzZTI4YjAxOTZhMGY4N2YwOTVmZWIzOTg=

Yet , we have our next President- Obama -about to spend millions of our tax dollars to inhibit climate change. “Few challenges facing America – and the world – are more urgent than combating climate change. The science is beyond dispute and the facts are clear… said Obama at http://change.gov/newsroom/entry/president_elect_obama_promises_new_chapter_on_climate_change/ Maligned facts got us into the Iraq war and choosing to believe these facts as truth, is equally reprehensible.

One small bright spot in this political climate of change is that Al Gore will not have an official part in the next administration. Gore, who won the Nobel Peace Prize for climate change is among the nation’s worst energy hogs. Al’s carbon footprint was twenty times that of the average American household http://tennesseepolicy.org/main/article.php?article_id=764

Obama does not fair any better at preserving climate change with his inauguration, The Institute for Liberty has created a carbon footprint estimate for the Obama inauguration itself and estimates more than 500 million pounds of CO2 will be released during the four-day inaugural but goes farther to say that study isn’t entirely accurate. “We haven’t looked at the methane or CO2 that will be expended by people standing on the mall.”

The Institute goes on to say, ” they should not have to be lectured — or regulated or taxed — by officials who appear, at best, to conveniently forget their own rhetoric when celebrating their success.” http://thechillingeffect.org/wp-content/themes/paalam-11/CarbonBigfoot.pdf. Um- no one should be lectured, taxed or regulated by the government into buying deadly mercury filled light bulbs or any other product that supports a greener world- unless of course they want to.

Who knew the amount of hot air coming from Obama supporters on the Mall in D.C for the inauguration, could in fact, be precipitous to altering the climate. Political climate yes, weather climate?