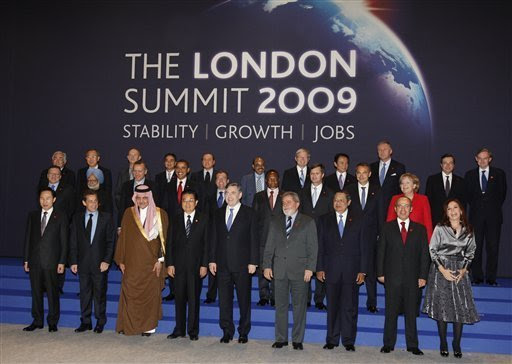 It is an error to equate the rulers with the ruled in any case. Just as it is laughable to hear some Latin American despot proclaim his “love of the people” and then watch as he strips them of liberty and wealth, it is laughable to hear some American politician say he was elected to do “the peoples’ work” and then take cash and favors from special interests. The mentality is the same.

It is also an error to think that when our ruling classes travel abroad they are going to investigate differing views and so increase their own knowledge of the world. Not so. They travel abroad and spend time with those with exactly the same opinions as they have. Some US senator will spend a few days in some Latin American capital and then boast that he understands how Latin Americans think—all 400 million of them no less—when the reality is that he talked to those with the same world view as his own. His increase in knowledge is exactly zero. But the food was great.

This is really nothing but narcissism, and most internationally known politicians and intellectuals practice it. Their travels abroad are just a form of self-love. This is the point of all those UN conferences, all those Davos meetings, all those IMF affairs, all those World Bank get-togethers—they exist solely to give the ruing classes of the world a place where they can hobnob with their own kind. One would think with all their education, all their experience in government, all their speaking tours, and all their scholarly articles and all their published books that they would actually be able to solve some of the world’s problems. But no, the problems go on and so do all those overseas gab fests of the ruling class.

As for the actual people of those foreign lands, they exist as just another backdrop for all that yakking and pontificating and socializing that go on at those international events, all of which claim to speak for “the people of the world.” The reality of the thing is that “the people of the world” have no voice whatsoever. It is entirely absurd when these intellectuals babble with presumed authority about Cuba or Africa or about any foreign land outside of what was once called “Western Civilization.” In reality, Cuba and Africa are mere geological expressions. When one speaks of Cuba in the context of current affairs, one is really speaking only of one Cuban, Castro by name. When one speaks of Africa, one is really speaking of a few thousand noisome members of the ruling classes there. The same is true of Latin America.

So very few of the world’s ruling classes know any common people at all, and at any rate these rulers came to power with no input from what was once called “the masses.” That phrase itself reveals much about the mentality of the ruling class. It sees all the world’s teeming billions as just some undifferentiated glob of humanity, and that there exists a few above them who can speak for them and who have the right to rule them. Such higher life forms are called “the vanguard of the proletariat” in Leninist phraseology.

Certainly Obama and his clique are of this type. All of their ideas are shared among their sorts here and abroad. There is nothing—absolutely nothing—new or unique among them. Obama himself admits to this, but in ways he cannot understand. He read and studied exactly those things in college that are read and studied by the intellectual classes of the world—all those Marxist “critiques” of this and that and all those books by Frantz Fanon and his type. Obama listened to that same nonsense spewed forth for 20 years at the feet of Jeremiah Wright.

His life has been fully marinated in the world view of those who hate capitalism, call the US the source of much of the world’s evil, believe the Jews to be the main problem of the Middle East, see themselves as most qualified to govern “the people”, equate opposition with heresy and despise traditional religions and values. They are absolute and total creatures of government and could not survive outside of it. Indeed, this is the reason why all of their proposals involve government. The greater the size of government, the more power they have. The fact that liberty is reduced for the citizenry is irrelevant, since the ruing classes will always have the freedom to do what they wish.

Obama and his sorts exist in some bounteous ether where taxes, small cars, high gas prices, reduced incomes and the toil of daily life affect only the masses. They award themselves beautiful homes, large and fancy automobiles, excellent food and citizen subsidized foreign travel. Indeed, their entire lives are subsidized by the taxes they impose upon the masses. And with the increase of government—which really is an increase of job prospects of the ruling classes and their families—the numbers of these types will increase, as will the taxes imposed to maintain such sumptuous lifestyles of these rich, famous and powerful.

The only creative thing—if that is the correct term—about Obama is that he is a particularly feral man. He is without shame, demonstrates no particular honor toward anyone or anything and has no use for the truth. It is remarkable that he can say X on one day and deny the next day that he said X—and all the while working to impose Y. Naturally his media and intellectual audience clap and cheer, for Obama is only doing what they would do had they his competence and ferocity. Obama is at once their hero, their lover and their god. They see in him their own reflections writ large.

The grand design of all these teeming intellectuals all over the globe is to create a world system where they and their type sit at all the tables of governance, control all the levers of power and distribute all the world’s wealth. Obama sees himself at the head of this motley throng. It is obvious that these types have no particular loyalty to any particular geographic area. Obama himself has nothing particularly American about him. Search all you like but in him you will find no Jefferson or Madison. He is really a citizen of that transnational body of intellectuals that imagines the entire world as its proper stage and the rest of us as mere bit players in its grandiose drama. The members of this elite regard the entire earth is part of their rightful inheritance and desire a world government composed of themselves.

And they just might get one. There are three things that could stop them—the US military, American citizens with guns, and the people who belong to the God of Christ and of Abraham. Naturally the transnational elites hate all three of these. Thus their work to prosecute US military personnel; thus their desire to impose gun control across the globe; thus their spreading of abortion in every corner of every land; thus their promotion of anti-Jewish hatred at every forum.

We have been warned.
---
ALL THE WORLD IS THEIR STAGE
by Scipio
Sunday
26 April 09

His usurpation cannot be corrected by Congress,
it can only be corrected by his resignation, his removal
or
by an amendment to the Constitution
which will never happen.
Posted by Leo Rugiens at 10:24 AM