HUMANAE VITAE - WHERE OH WHERE HAVE ALL THE CHILDREN GONE? FAR, FAR AWAY, NOT TO RETURN ANYTIME SOON. WHO WILL PAY THE PIPER? 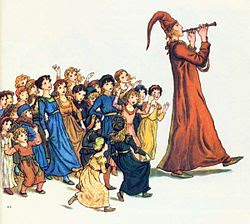 As National Review’s in-house demography bore —
oh, hang on,
the self-deprecating “demography bore” shtick is getting even more boring
than just boring on about demography . . .
Well, okay, usually I bore on about it, as my detractors have it, i
n the head-for-the-hills-the-Muzzies-are-coming sense.
So, just for a change, here’s the Subprime Bailout Variations of my same old demographic song.

Which is the situation much of the developed world is facing. A bank is a kind of demographic shorthand, by which old people with capital lend to young people with ambition and ideas. Unfortunately, the Western world is running out of young people. Japan, Germany, and Russia are already in net population decline. Fifty percent of Japanese women born in the Seventies are childless. Between 1990 and 2000, the percentage of Spanish women childless at the age of 30 almost doubled, from just over 30 percent to just shy of 60 percent. In Sweden, Finland, Austria, Switzerland, the Netherlands, and the United Kingdom, 20 percent of 40-year-old women are childless. In Germany, 30 percent of all women are childless. In a recent poll, invited to state the “ideal” number of children, 16.6 percent of Germans answered “None.”

Chacun à son goût. But, in the macroeconomic picture, who’s going to be around to buy your assets? Mark Twain commended the purchase of land because “they’re not making any more of it.” But, in the fast-depopulating eastern half of Germany, they’ve made more than anyone’s going to need for the foreseeable future. Pace the Führer, no country has ever been less in need of Lebensraum.

Now look at it from a business point of view. In the United States, depending on what line of work you’re in, your sales territory may be your town or your state or the whole of America. But for Germany, Italy, and Japan, their only viable sales territory is the world. When your median age is 43 and rising, any economic growth is down to exports. Wall Street experts talk about restoring “consumer confidence,” but in much of Europe they won’t restore “confidence” until they restore consumers — i.e., figure out a way to generate sufficient numbers of them. Until then, the domestic market is maxed out.

So now consider it from a German banker’s point of view. To whom do you lend money? With age distribution on your turf heading north relentlessly, there’s not enough young people close to home. So you go farther and farther afield. Not crazy farther, not Sudan or Rwanda. But far enough that you’re operating in markets where your traditional forms of risk analysis don’t apply, even if you were minded to apply them. To Western bankers, Eastern Europe didn’t seem that different or dangerous, if you steered clear of the more psychotic oligarchs. Alas, the post-Soviet East is even farther down the demographic death spiral than you are, and the Continental lenders’ exposure is such that the Eastern European downturn could bring about the collapse of the entire Western European banking system.

So, from the individual homeowner with no one to sell his home to, and the business that’s run out of domestic market, and the bank frantically loaning to jurisdictions it barely comprehends, nudge it up one last stage — to the state. In recessions, government is enjoined to spend — to go into deficit, ramp up the national debt in order to “stimulate” the economy. Adding to the national debt presupposes that there’ll be someone to pay it off. But what if there isn’t?

In contrast to Washington’s, almost all Tokyo’s huge national debt is domestically held. But Japan is the oldest society on earth. Will there be enough Japanese to buy all that debt? Or Germans and Italians? And, if you turn to the other available buyers of Western debt out there, do the Chinese Communists and the Saudi oil sheiks already know the answer to that question? The recent failure of the British Treasury auction, two similar flops in Germany, and a very near miss in the U.S. all prefigure a world with too much debt and too few sugar daddies willing to cover it.

Whenever I write about demography, I usually get a ton of responses from folks saying: What’s so bad about falling population? Japan, Belgium, and the like are pretty congested: Wouldn’t it be nice to have a bit more elbow room? Sure. With the rise of mill towns in the south and the opening up of the west, the population of my small municipality in New Hampshire peaked in the 1820 census, declined till 1940 and still hasn’t caught up to where it was 200 years ago. But it didn’t matter, because we were a self-contained rural economy with no welfare and no public debt. If Japan and Germany were run like 19th-century Granite State townships, they’d be okayish. But they’re not, so they won’t be. You can’t hunker down behind national borders when there aren’t enough young people inside the perimeter with a sufficient level of consumption to grow the economy at the rate necessary to cover existing government obligations.

This is the first crisis of globalization, and it is a far more existential threat than the Depression. In living beyond its means, its times, and its borders, the developed world has run out of places to pass the buck.
---

His usurpation cannot be corrected by Congress,
it can only be corrected by his resignation, his removal
or
by an amendment to the Constitution
which will never happen.
Posted by Leo Rugiens at 9:03 AM