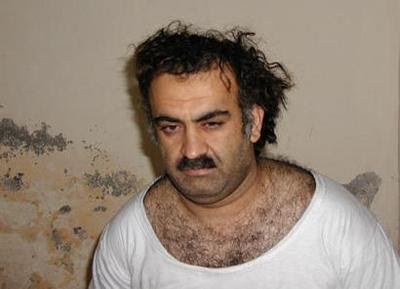 ON THIS PAGE a few years ago
I wrote several columns arguing strongly that torture was never acceptable --
not even "as a last and desperate option" in the war against jihadist terrorism,
a war I strongly support.
At a time when not only conservative hawks but even some notable liberals were making the case for using torture to thwart al-Qaeda,
I contended that the cruel abuse of terrorist detainees was something we could never countenance -- not just because torture is illegal, unreliable, and a threat to the innocent, but because it is one of those practices that a civilized society cannot engage in without undermining its right to call itself civilized.

Rereading those columns amid the tumult over the Justice Department "torture memos" released last week, I see little that I would change. I am still convinced, as I wrote in 2005, that interrogation techniques amounting to torture "cross the line that separates us from the enemy we are trying to defeat."

Yet the Bush-era memos strike me as much more thoughtful than most of the moral preening and tendentious grandstanding they set off. Congressman Jerrold Nadler, a senior Democrat on the House Judiciary Committee, apoplectically declares that the memos not only authorized torture "without a shadow of a doubt," they "gave explicit instruction on how to carry it out." The New York Times pronounces them "a journey into depravity." A petition at Democrats.com urges the appointment of a special prosecutor for "torture . . . and other heinous crimes of the Bush Administration." All three demand the impeachment of US Appeals Court Judge Jay Bybee, who used to work in the Office of Legal Counsel and wrote one of the memos.

What's missing from all this sanctimony and censure is any acknowledgement of the circumstances under which the CIA interrogations took place, let alone the successes with which they have been credited. That may be a good way to score cheap political points. It doesn't add much to the public discourse.

Context matters. Actions that are indisputably beyond the pale under normal conditions -- waterboarding a prisoner, for example -- can take on a very different aspect when conditions are abnormal, as they surely were in the terrifying wake of 9/11.

We did not have a clear understanding of the enemy we were dealing with," recalled Dennis Blair, the Obama administration's director of national intelligence, in his statement accompanying the declassified memos last week. "Our every effort was focused on preventing further attacks that would kill more Americans." Knowing little about al-Qaeda's capabilities, desperately seeking to head off another slaughter, fearing the worst, the government's highest priority was to extract critical intelligence from al-Qaeda detainees.

That was the state of affairs when the CIA sought legal approval to use harsher interrogation methods. "Those methods, read on a bright, sunny, safe day in April 2009, appear graphic and disturbing," Blair's said. But there was nothing sunny or safe about the post-9/11 emergency in which they were used. Any honest discussion of the memos authorizing them ought to say so.

Al-Qaeda mastermind Khalid Sheikh Mohammed
Particularly when those memos indicate that the "enhanced interrogation techniques" saved lives. According to Deputy Assistant Attorney General Steven Bradbury's memo dated May 30, 2005, "intelligence acquired from these interrogations has been a key reason why al-Qaeda has failed to launch a spectacular attack in the West" since 9/11. Senior terrorist Khalid Sheikh Mohammed at first "resisted giving any answers" when asked about future attacks, but waterboarding led him to divulge "specific, actionable intelligence." One result was the foiling of al-Qaeda's planned "Second Wave" -- a 9/11-like plot to crash a hijacked airliner into a Los Angeles skyscraper.

But what if it hadn't been foiled? Suppose the CIA had been denied permission to use brutal interrogation tactics, and al-Qaeda had consequently gone on to murder thousands of additional victims in California. What kind of conversation would we be having once it became known that the refusal to subject KSM to the waterboard had come at so steep a price? How many of those now blasting the Bush administration for allowing torture would be blasting it instead for not preventing a second bloodbath?

None of this is meant as a defense of torture, which I oppose as adamantly as ever. But even those of us who were against the Bush interrogation policy should be able to acknowledge the good faith of those who disagreed and the exigency in which they found themselves. To say nothing of the lives their decisions may have saved.
---
A tortured debate over the 'torture memos.
by Jeff Jacoby
The Boston Globe
April 22, 2009
(Jeff Jacoby is a columnist for The Boston Globe.)