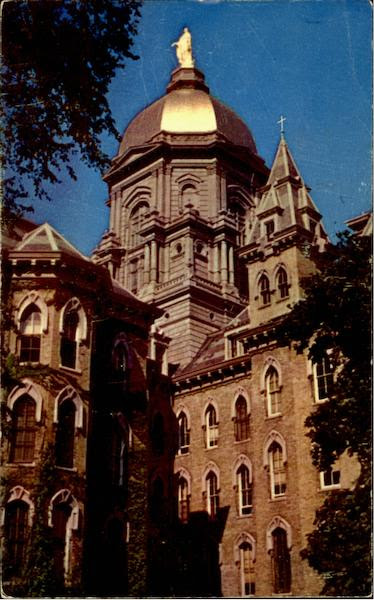 Letter to the Editor

We write as priests of the Congregation of Holy Cross and as proud graduates of the University of Notre Dame to voice our objection to the University's decision to honor President Barack Obama by inviting him to deliver this year's Commencement address and by conferring on him an honorary Doctor of Laws degree.

We wish to associate ourselves with and encourage those courageous students and treasured alumni who, while deeply loving Notre Dame, vigorously oppose this sad and regrettable decision of the University administration.

It is our deep conviction that Notre Dame should lead by word and deed in upholding the Church's fundamental teaching that human life must be respected and protected from the moment of conception. In so doing the University must take seriously the 2004 instruction of the U.S. Catholic Bishops that "Catholic institutions should not honor those who act in defiance of our fundamental moral principles. They should not be given awards, honors, or platforms which would suggest support for their actions."

We especially regret the fissure that the invitation to President Obama has opened between Notre Dame and its local ordinary and many of his fellow bishops. We express our deep gratitude to Bishop John D'Arcy for his leadership and moral clarity. We ask that the University give renewed consideration to Bishop D'Arcy's thoughtful counsel which always has Notre Dame's best interests at heart.

The University pursues a dangerous course when it allows itself to decide for and by itself what part of being a Catholic institution it will choose to embrace. Although undoubtedly unintended, the University administration's decision portends a distancing of Notre Dame from the Church which is its lifeblood and the source of its identity and real strength. Such a distancing puts at risk the true soul of Notre Dame.

We regret that our position on this issue puts us at odds with our brother priest in Holy Cross, Fr. John Jenkins, C.S.C. Yet, in this instance, for the good of Notre Dame and the Congregation of Holy Cross, we cannot remain silent. Notre Dame's decision has caused moral confusion and given many reason to believe that the University's stance against the terrible evil of abortion is weak and easily trumped by other considerations.

We prayerfully request that Fr. Jenkins and the Fellows of the University, who are entrusted with responsibility for maintaining its essential character as a Catholic institution of higher learning, revisit this matter immediately. Failure to do so will damage the integrity of the institution and detract from all the good work that occurs at Notre Dame and from the impressive labors of its many faithful students and professors.

We offer these views as we enter Holy Week, recalling the triumph of Christ's holy cross. As "men with hope to bring" we are confident that Notre Dame may yet give true honor to its patroness, and witness to Her Son, through its commitment to the sanctity of life.