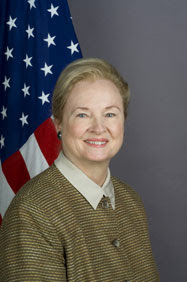 When you informed me in December 2008 that I had been selected to receive Notre Dame’s Laetare Medal, I was profoundly moved. I treasure the memory of receiving an honorary degree from Notre Dame in 1996, and I have always felt honored that the commencement speech I gave that year was included in the anthology of Notre Dame’s most memorable commencement speeches. So I immediately began working on an acceptance speech that I hoped would be worthy of the occasion, of the honor of the medal, and of your students and faculty.

Last month, when you called to tell me that the commencement speech was to be given by President Obama, I mentioned to you that I would have to rewrite my speech. Over the ensuing weeks, the task that once seemed so delightful has been complicated by a number of factors.

First, as a longtime consultant to the U.S. Conference of Catholic Bishops, I could not help but be dismayed by the news that Notre Dame also planned to award the president an honorary degree. This, as you must know, was in disregard of the U.S. bishops’ express request of 2004 that Catholic institutions “should not honor those who act in defiance of our fundamental moral principles” and that such persons “should not be given awards, honors or platforms which would suggest support for their actions.” That request, which in no way seeks to control or interfere with an institution’s freedom to invite and engage in serious debate with whomever it wishes, seems to me so reasonable that I am at a loss to understand why a Catholic university should disrespect it.

Then I learned that “talking points” issued by Notre Dame in response to widespread criticism of its decision included two statements implying that my acceptance speech would somehow balance the event:

• “President Obama won’t be doing all the talking. Mary Ann Glendon, the former U.S. ambassador to the Vatican, will be speaking as the recipient of the Laetare Medal.”

• “We think having the president come to Notre Dame, see our graduates, meet our leaders, and hear a talk from Mary Ann Glendon is a good thing for the president and for the causes we care about.”

A commencement, however, is supposed to be a joyous day for the graduates and their families. It is not the right place, nor is a brief acceptance speech the right vehicle, for engagement with the very serious problems raised by Notre Dame’s decision—in disregard of the settled position of the U.S. bishops—to honor a prominent and uncompromising opponent of the Church’s position on issues involving fundamental principles of justice.

Finally, with recent news reports that other Catholic schools are similarly choosing to disregard the bishops’ guidelines, I am concerned that Notre Dame’s example could have an unfortunate ripple effect.

It is with great sadness, therefore, that I have concluded that I cannot accept the Laetare Medal or participate in the May 17 graduation ceremony.

In order to avoid the inevitable speculation about the reasons for my decision, I will release this letter to the press, but I do not plan to make any further comment on the matter at this time.

[Mary Ann Glendon is Learned Hand Professor of Law at Harvard Law School.
She served as the U.S. Ambassador to the Vatican from 2007 to 2009.]