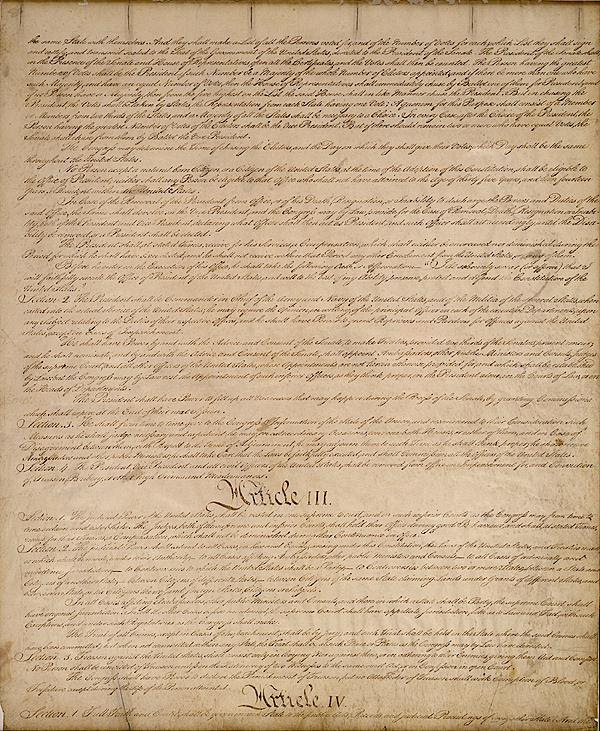 For eight months I have read hundreds of e-mails and website articles and written about the eligibility of Barack Obama to seek the Office of President of the United States.
I pray that this letter sheds light on the controversy.

"No person except a natural-born citizen or a citizen of the United States at the time
of the adoption of this Constitution, shall be eligible to the Office of President."


President Obama repeatedly invoked the word "transparent" in his speeches, implying he was a strong proponent of this virtue. Many, however, do not concur with his self-evaluation for, in spite of requests made through appeals and/or lawsuits for documentation confirming his eligibility to seek the Presidency, they have witnessed not "transparency",but outright refusals to release any valid supporting documentation.

If his Presidency was lawfully obtained, all must recognize and respect this fact. If, however, he continues to refuse access to the documents requested, it is incumbent upon the Supreme Court to insist that he surrender them for analysis to determine if they substantiate his claim of "natural-born" status, or refute it.

A simple telephone call ordering release of those documents might have saved the courts and the American people millions of dollars and possibly a Constitutional Crisis! The answers to a lengthening trail of unanswered questions lies in information and documents being deliberately withheld by Obama from public scrutiny, including :his Hawaiian birth certificate, his Passport used to enter Pakistan in 1981, his Occidental College school records and his Grandmother's claim of witnessing his birth in Kenya.

As more and more citizens clamor for "transparency", seeking release of the afore-mentioned documents, his defenders call those citizens "crazy" and the issues raised "garbage". They avoid giving transparent responses to questions posed. Our Constitution was obtained at a great price. Though written in ink, it had been purchased in blood....the blood of our Forefathers. The Founders of our Nation deliberately inserted a "natural-born" citizenship requirement for anyone seeking the Office of President to ensure that the ideals for which they fought would be faithfully preserved for the future. Obama mocks our Founders by simply ignoring this requirement or blocks it by legal threats against those daring to challenge him in court. Are we "crazy" for defending our "blood-stained" Constitution? If so, may Insanity reign over us.
+

When Obama's claim of "natural-born" citizenship in Hawaii was challenged he was not hesitant to have a Certification of Live Birth-COLB (not to be confused with Hawaii's "Live Birth Certificate") posted on the "Daily Kos" website. When it was promptly labeled as a fraudulent COLB by experts in the field he realized that he had a serious problem. Gone went "transparency", replaced by silence, secrecy or "stone-walling".

From that time on, anyone requesting or suing for the right to view the Hawaiian "vault" copy of his birth certificate, or any other document has been denied. Oddly, the only defense not employed was the most natural defense...disclosure, and that he will not allow. Letters, e-mails, advertisements, over thirty lawsuits, all asking for disclosure....rebuffed! How naive we must appear to Obama. After stating that his web 'COLB" was a legitimate birth certificate copy he now realized that of all the varied "legitimate" Hawaiian birth certificate forms only a "Live Birth Certificate" could confer "natural-born" citizenship status as far as his place of birth is concerned.

While Obama's COLB has the words "Island of birth-Oahu" (per info he supplied), more than one-half of the "data points" required on a legitimate birth certificate are missing, including: birth cert.number (blacked out); birth hospital name-missing (though family members claim not one but two different hospitals neither of which acknowledges these claims); Doctor's name-missing; a box authorities marked "Birth place-Island, State or Foreign Country"-missing; birth witnesses names-missing; Gov't seal and signature-missing. Any and everything which might have confirmed his status....MISSING! How can anyone claim that Obama was properly "vetted" for eligibility when Hawaian authorities have stated that they have never released the "vault" copy for scrutiny? A true "vault" copy would bear all the missing information enumerated above, including a confirmed "Country of birth", which would satisfy all viewers. It appears that Obama self-vetted himself, making corroboration impossible since his copy lacks any witnesses to his birth, leaving us to conclude that he was born alone and unseen on Oahu !

He has reportedly incurred over one million dollars in legal fees with multiple law firms and "saddled" the Courts with untold expenses in his efforts to prevent anyone viewing the "vault" copy. Who, in their right mind, would incur such an expense unless they feared exposure of a damaging secret? Possibility-an ineligible Presidential aspirant who knew that the requested records, if released, would be lacking specific words required to identify him as a "natural-born" citizen. The words? COUNTRY OF BIRTH -- UNITED STATES OF AMERICA .
+

Kenya: His grandmother claimed that he was born in Mombassa, Kenya and that she was present at his birth. He reportedly has made no response to this claim. Kenya has now sealed his Kenyan records.

Pakistan: In 1981 he traveled to Pakistan, but records showed he had no American passport until years later. What nationality did he claim? Pakistan did not allow anyone with a U. S. passport into the country that year while war was going on.

Indonesia: He is reported to have attended school in Indonesia as Barry Soetoro; a school which only Indonesian citizens were reportedly permitted to attend.

Some argue that if the lawsuits presently in various courts force Obama to release documents which may confirm that he is not a "natural-born" American citizen there will be riots in the streets if he is removed from office. Why, I ask, if he obtained the Office unlawfully by deception or fraud, should he be rewarded with the prize he unlawfully sought? Are Truth and Honesty no longer desired attributes in a candidate? In 1973 some members of the Supreme Court voted to permit the killing of innocent children in the womb while other members today are more concerned about riots in the streets. How ironic-the first group didn't fear God's anger while the second group now fears man's!
+
MEDIA SILENCE

In this regard, since the Media is not reporting anything about the on-going legal actions I suggest citizens consult websites. Then if anyone wishes to be helpful they may contact the Major Media and let them know what they are missing.
+
VETTING

Recently, a federal judge threw out a lawsuit questioning Obama's eligibility, saying that the issue of the President's citizenship was "thoroughly vetted and massaged by America's vigilant citizenry during Mr.Obama's two-year campaign for the Presidency." I beg to disagree. In the last eight months alone Obama refused to respond to any inquiry, including a "We the People" full page request (for disclosure) in a Chicago newspaper as well as a petition of over 350,000 names for the same information. Also, just last month Obama's legal counsel prevented Occidental College from disclosing any information to the public. Contrast his actions with the definition of vetting. To vet: "To examine or scrutinize as an expert."

Incidentally, last year Congress raised the issue of John McCain's legitimacy, but when plaintiffs involved in a current lawsuit asked for the same investigation of Obama they were denied. Also,, "America's vigilant citizenry" referred to by the Judge (above) were not the ones "massaging" Obama's eligibility....they were the ones challenging it ! That judge, who could not have had access to any of the secreted documents in question, dismissed the lawsuit with a possible threat to assess court costs against the plaintiffs. The deserving recipient of his anger was rightfully the secretive "unvetted" Barack Obama. Hopefully the judge will reconsider his comments and actions after a more intensive review of the facts.
+
INAUGURATION OATH

" I do solemnly swear that I will faithfully execute the Office of the President of the United States, and will to the best of my ability, preserve,protect and defend the Constitution of the United States, so help me God." This oath, which Obama took, did not include a provision exempting him from the eligibility requirements in Article II. TO GIVE AN OATH MEANS TO LIVE AN OATH.
+
POINTS TO PONDER

Consider: Barack Obama fears and refuses to disclose three (at least) documents: a "vault" Original Birth Certificate, a Passport and a School record. Why is The Supreme Court reluctant to demand these documents immediately, thereby saving time, expense and further litigation? Let Obama exhibit the same transparency he claims is lacking in others.

Consider: If these documents would confirm Obama's legitimacy, as his supporters contend, why hasn't any member of the Democratic Party suggested their release? It doesn't make sense....or does it ?

Consider: Some members of the Armed Forces, both active and retired, are now plaintiffs in lawsuits seeking disclosure by Obama of the documents referred to in this letter. They ask but one thing of him-were you eligible to seek the Presidency and become our Commander-in-Chief? An easily verifiable issue....for a legitimate Presidential contender. Obama's silence and disgraceful abandonment of them puts their futures and freedoms at risk; all for attempting to preserve the integrity of The Constitution....and he couldn't care less!
+
CONCLUSION

As I wrote in a previous letter "There are approximately three million members in the U.S.Armed Forces. All who were obligated to substantiate necessary birth documentation complied: all, that is, except one who, to this day, refuses to comply-The Commander-In-Chief of the Armed Forces....BARACK OBAMA."
With those words, I respectfully end my presentation and request action by yourselves. The Truth, or the Consequences, awaits all of us.
Respectfully yours,
R.Quinn
Queens,New York

cc Litigants I know who are fighting the fight in defense of The Constitution-not for a Political Party.