IF THE ISSUE OF STATES' RIGHTS, PRIMARY SOVEREIGNTY, FEDERALISM, AND SECESSION ARE NOT SETTLED IN THE LEGISLATURE THEY WILL BE SETTLED ELSEWHERE 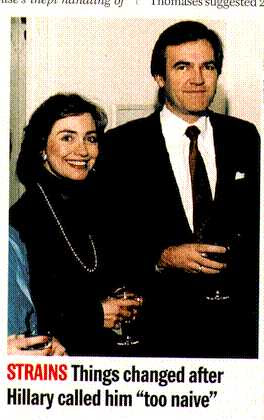 The US Civil War did not settle the issue of whether primary sovereignty lies in the national government or in the states. The Civil War settled the issue of whether our nation would remain half slave and half free. The outstanding issues of states’ rights, primary sovereignty, federalism, secession and nullification have yet to be settled. If such issues cannot be settled in the legislature they will be settled elsewhere.

Those who even mention words like federalism, secession, nullification, states’ rights and separation of powers are assailed and called instigators of terror and civil war. What a dreadful condition we have descended as a people when merely to repeat the words and ideals of Jefferson, Madison and the Constitution gets you classified as ‘an enemy of the state.’

One need not assume the Bible to be true and one need not even be a Christian to fully understand that the federal government has long adopted policies that the Jewish and Christian God detests. The government’s promotion of abortion and sodomy, its removal of anything at all from the public square that might in the slightest cause anyone to think of God, its attack on individual rights in favor of collective duties, its promotion of state intrusion into formerly private affairs, its confiscatory taxation far and above what the Bible mentions as just, its abandonment of the Jewish state—all of these things amply justify calling the regime in Washington Godless. Simply stated, it is at war with God. Place your bets.

The assumption is that Obama really and truly wants to better this nation. That assumption is false. There is ample evidence to show where his policies will lead. It is not to a better America. It is to a world where America as we know it does not exist. Obama is no fool, and neither is he ignorant. He knows where his policies will lead. Beggar the citizenry, use energy policy to force them from the rural into the urban, remove all possibility of resistance, addict them to state welfare, demonize all opposition—all of these policies are geared to force a formerly free people into the welcoming arms of the state.

If I were an enemy of a free people I would take away their guns, eviscerate their citizen military and create an armed force loyal only to me. Obama desires to accomplish all of these.

The formerly useful word corrupt is no longer sufficient to describe the attitude and habits of the governing class. The proper word is depraved.

Obamas have appeared throughout time and space. His type is as old as Nimrod. There is nothing new or hopeful about him or his kind at all. Their stories are all about state worship and control, about gulags and blasphemy.

I see where Obama demanded that the letters IHS be removed from the stage where he was to speak at Georgetown. Those letters signify Christ. What was Obama afraid of?

Do not worry about the millions who voted for Obama. Their number now is surely less, for not all of them are blind. Reality has a way of forcing eyes open. But there are still millions upon millions of his followers who will be with him no matter what he says or does or claims to say or claims to do. Obama could come out tomorrow and state that black is white and up is down, and the deluded will kick and dance and cheer. They will follow Obama to the Gates of Hell and beyond.

Do not listen to what a man says. Look at what he does. If there is a difference between them that man is a liar. His father therefore is the Father of Lies. So said the Carpenter. And where does that leave Obama? Who is his real father?

The mainstream media and government agree on all the essentials—the role of the UN, multilateralism, religion in the public square, US foreign policy, the military, environmental policy, public education, abortion, global warming, conservative thought, liberal thought, affirmative action, the death penalty, the 2nd Amendment, the role of the State, Israel and so on. The media and Washington affirm each other, refer to each other and congratulate each other. There are no real dissenting voices among them. It is as if there were one mind behind all of them. And there is. Whose mind?